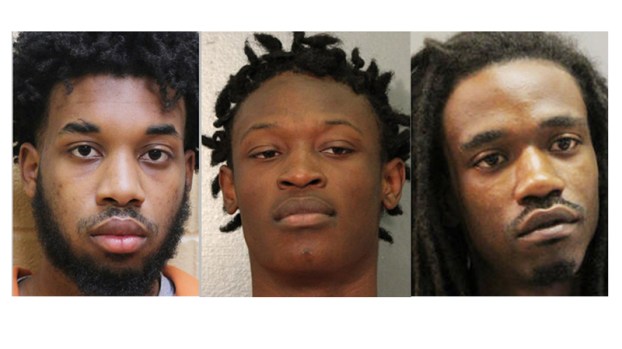 GRAMERCY — Three of the four individuals charged with the murder of 28-year-old Terrence Johnson of Gramercy were taken into custody Friday morning in Ascension Parish.

The fourth individual wanted for the homicide is a 17-year-old juvenile who is still at large, according to the St. James Parish Sheriff’s Office, and the search is ongoing.

Johnson was killed in the early morning hours of June 21. He was shot “multiple times” while he was walking on West Railroad Avenue in Gramercy, according to police.

Authorities were alerted at approximately 2:56 a.m., after a local reported a bullet had entered their residence through a window amid the sound of gunfire.

Upon arriving at the scene, deputies discovered Terrence Johnson lying on West Railroad Avenue. He was pronounced dead at the scene.

GARYVILLE — The name of the female driver killed in a train collision Tuesday in Garyville is being withheld pending... read more