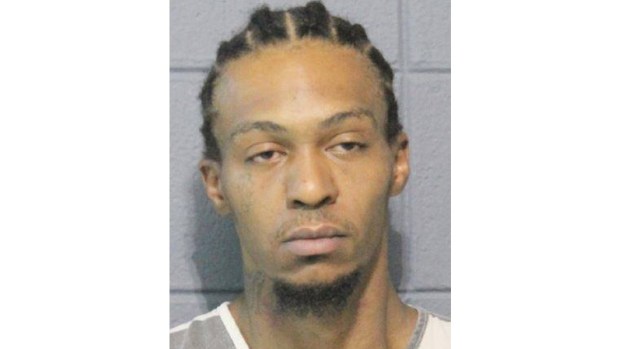 LaPlace man arrested for burglarizing $18,000 worth of equipment; SJSO responds to several break-ins

LAPLACE — One subject is in custody and another is yet to be identified in the burglary of a St. John the Baptist Parish mechanic building.

Brian Anthony Miller, 26, of LaPlace, was arrested May 31 for stealing nearly $18,000 worth of equipment from the Parish-owned facility, including a Bobcat machine worth $15,000.

Other stolen items included large and small flat screen TVs, candles, food and soft drinks, according to Sheriff Mike Tregre, who said the investigation is ongoing.

“There is another subject on video wearing a mask,” Tregre said. “We have not identified the second subject. We’re working a lead on his identity.”

St. John Sheriff’s Office deputies were alerted to a burglary at a LaPlace shop around 7 a.m. May 28.

Some of the stolen items have been recovered.

As of Wednesday afternoon, Miller remained in custody in lieu of a $12,500 bond. He has been arrested more than 40 times in St. John Parish since 2010, according to police.

St. John Sheriff’s Office has responded to a string of break-ins, attempted break-ins and burglaries in recent weeks in and around the Riverlands subdivision in LaPlace, including incidents on LaSalle Drive, Madewood Drive and Ellerslie Avenue.

The number of subjects and whether the break-ins involve adults or children is undetermined at this time. However, Tregre said the incidents show similarities.

“It’s the same entries, back doors, windows, stuff like that,” Tregre said. “With a lot of the break-ins, they are not making entry at all. In some cases, they made entry and they are only stealing what they can carry such as cell phones, loose change; no electronics or anything like that. It’s just whatever they can put in their pockets.”

LAPLACE — Pedestrian and bicycle safety is a major problem with fatal consequences in St. John the Baptist Parish and... read more