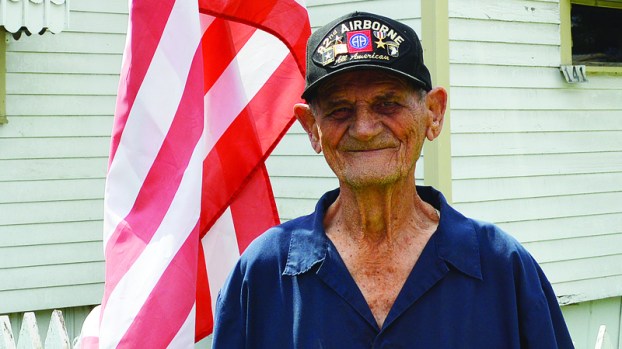 O’Neil Boe is seen at his home in Reserve during the summer of 2014. (File photo)

This Thursday, June 6, will mark the 75th anniversary of the Normandy Invasion that sealed the victory for America’s battle with Germany. It has been referred to as the longest day. The only person that I knew who was part of that invasion was my friend, O’Neil Boe, now deceased, of Reserve, Louisiana.

He entered the service at 19 and became a paratrooper. O’Neil shared with me that the night prior to the Normandy Invasion, General Dwight Eisenhower addressed a small group of paratroopers. A picture of six or seven paratroopers, including O’Neil, is displayed in the D-Day Museum in New Orleans. I once asked O’Neil what Gen. Eisenhower told the group. He said that Gen. Eisenhower had tears in his eyes and said, “Most of you will never come back.” He was right. Many were killed and their bodies remain on the battlefield in Normandy.

“O’Neil P. Boe, 18133998, Sergeant, 507 Parachute Infantry. For gallantry in action on 10 July 1944 one mile from Lithaire, France. Friendly troops after passing through our unit reported to this company that their 610 radio belonging to their forward artillery observer had been captured by the enemy. Sergeant Boe, without orders, moved forward under heavy enemy fire, recaptured the radio, and returned it to the artillery observer. Our artillery was then enabled to place fire on enemy positions allowing the friendly troops to resume their advance.”

On this return home, he and his wife, Rose Catoire, raised five children. He was an organizer of the Reserve Volunteer Fire Department and was active in the V.F.W. and the Boy Scouts. He found time to participate in local politics. A barber by trade, he also drove a school bus. Everyone in Reserve knew him, but few, if any (with the exception of his family), knew that he was truly an American hero.

The Bible says that no greater love has a man that he would lay down his life for his loved ones. O’Neil did that, and many times over the years, he said that he had no regrets and would do it again.

My first day at L’OBSERVATEUR was May 1, 2014. Within two weeks, I was able to interview former New Orleans... read more