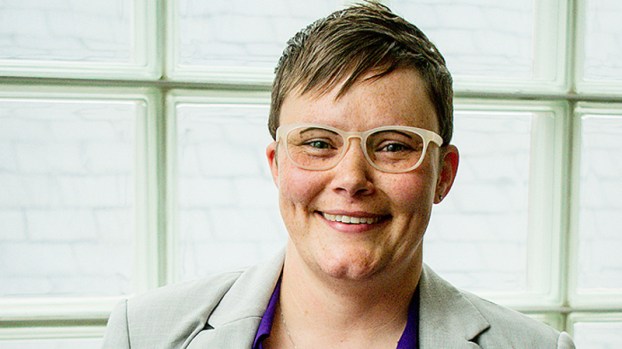 LAPLACE — Recognizing Louisiana lags behind a majority of the country in arts education, master music teacher Rebecca Holmes has gone above and beyond to open unique opportunities to St. John the Baptist Parish students.

Bringing string instruments to Fifth Ward Elementary and developing a curriculum to celebrate unity through music are among her contributions in recent years.

Holmes will be recognized on a national level next month as the recipient of the Yale Distinguished Music Educator award.

She is one of only five exemplary music educators and five teaching artists chosen to receive the prestigious award, which will be presented June 14 at the Yale School of Music in New Haven, Connecticut.

Holmes was taken off guard when she first learned of the award earlier this year.

“I was surprised then, and I’m still surprised now,” Holmes said. “It’s a little surreal.”

From June 13-15, Holmes will sit among prominent music education policy leaders and practitioners to discuss the 21st Century music ecosystem in schools.

Rebecca Holmes said she would like for the school district’s strings orchestra to resume with the hiring of a full-time strings teacher.

According to Holmes, a music ecosystem depends on every stakeholder in a child’s music education, from teachers and parents to school board members and performers who visit local schools.

“The truth is, in our arts education, we lag behind students in the northeast, the northwest and the southwest parts of our country,” Holmes said. “We lag behind Texas, right next door. What this gives me a chance to do is hear from national music education leaders, thinkers, creators and problem solvers.”

Holmes plans to share what she learns in extensive travels through the Network of Louisiana A+ Schools. However, education in St. John Parish will always be the top priority.

“If nothing else, I’ll come back reenergized and inspired to keep doing the work we’re doing here,” Holmes said.

“I don’t intend to go anywhere. This community has been nothing but loving, kind and supportive of my efforts, and I’m going to give back.”

Holmes thinks of the Yale achievement as the reflection of growth among an entire community.

“When I first envisioned a music program for St. John Parish, it was pretty much drums and horns and marching music,” Wise said. “Since Ms. Holmes has arrived, she has expanded the program to include orchestral music and classical music. We’re teaching kids to play violins and cellos and other instruments I never even considered.”

Wise described Holmes as one of the “stars” of music education efforts.

“She’s a very special person, a very talented teacher and frankly, I think St. John is really blessed to have her,” Wise said.

While at Yale, Holmes hopes to make connections between music education and success in other academic subjects.

In a curriculum she helped developed for the Library of Congress, released nationwide in October 2018, Holmes bridged the gap between classical music and folk music.

“You find out all of our ancestors regardless of their color, their country or religion, sat with one another and played music, even when they couldn’t speak the same language,” Holmes said.

“We thought it was important for our country right now, in a time when we are very, very divided, to use music to tell a story of people coming together and celebrating similarities instead of focusing on differences.”

In St. John Parish, Holmes wants to see the strings orchestra resume with the hiring of a full-time strings teacher. Band enrollment has grown over the past year, she said, adding St. John recently incorporated national music standards uncommon in Louisiana.

LAPLACE — To pitcher Nick Lorio, it seemed like the entire St. John the Baptist Parish family was in the... read more