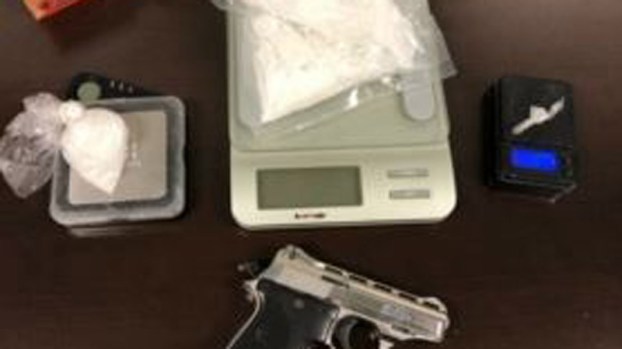 Police said during a search of the home, detectives located an ounce of methamphetamine, a firearm and materials used to distribute illegal narcotics.

RESERVE — A local couple is behind bars, accused by police of leading large-quantity meth distribution throughout St. John the Baptist Parish.

Special Operations Division detectives conducted a traffic stop on Webre’s vehicle in Reserve May 2 along West 10th Street that led to the recovery of methamphetamine.

During a search of the vehicle, detectives discovered 174 grams of methamphetamine hidden in the void under the steering column of Webre’s vehicle.

Detectives then obtained a search warrant for the nearby home of Webre and Scioneaux, 35.

During a search of the home, detectives located an ounce of methamphetamine, a firearm and materials used to distribute illegal narcotics.

The suspects were detained May 2 and officially charged May 3.

Scioneaux is being held in custody in lieu of a $71,500 bond. She has been arrested five times in St. John Parish for drug violations since 2002.

He also had a fugitive warrant from the Jefferson Parish Sheriff’s Office.

Police say he has been arrested 19 times for drug violations and other offenses since 2002.