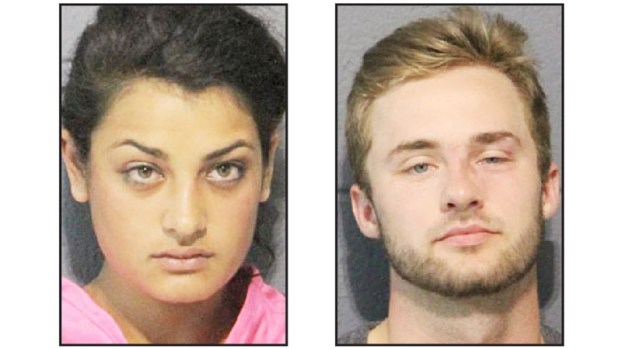 LAPLACE — A domestic argument at a LaPlace business turned violent, police said, leading to injuries and a contraband arrest.

According to the St. John Sheriff’s Office, 23-year-old Jema Harrilal and 21-year-old and Corey Robert Albrecht instigated a fight at 10 p.m. Sunday in the 100 block of Carrollwood Drive.

The name of the business was not released by authorities.

When staff members asked the couple to leave, “Harrilal began striking a male subject in the head with a bottle, as well as kicking and punching other customers who attempted to subdue her,” a release says.

The man hit by the bottle was treated by emergency medical services but refused transportation to the hospital.

Both suspects were arrested, and police said a plastic bag containing marijuana was located on Harrilal’s person during booking at Sherman Walker Corrections Facility.

Harrilal, of Metairie, was charged with taking contraband to a penal institution and aggravated battery. She posted a $15,000 bond and was released Monday.

Albrecht, of Reserve, was booked with misdemeanor disturbing the peace – engaging in a fistic encounter. He posted a $250 bond and was released Monday.