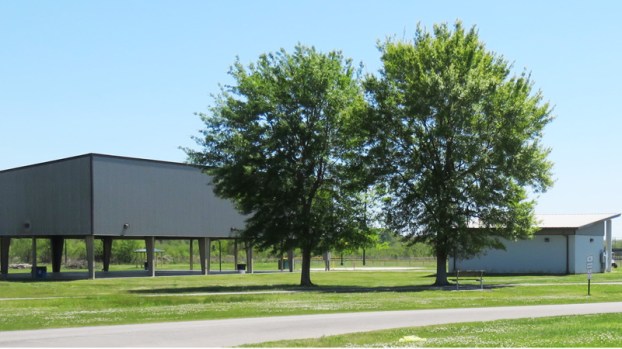 The airnasium and baseball park at Juan Anthony Joseph Park in Edgard were named in honor of the late Devante Smith and Raeaneka Small during a Parish Council meeting this month.

EDGARD — More than 15 years have passed since the West Bank was rocked by the deaths of two 11-year-old cousins in a dirt bike accident, but the children left behind a legacy that won’t soon be forgotten.

It was a long time coming March 12 when St. John the Baptist Parish Council members announced the baseball park and airnasium at Juan Anthony Joseph Park in Edgard would be named in honor of the late Devante Smith and Raeaneka Small.

Devante and Raeaneka were riding a dirt bike together on July 15, 2003, when they crossed the path of a LaPlace man driving a Nissan Maxima. The children were struck, thrown from the impact and killed.

The driver was not charged and received no citations in relation to collision, and Devante’s sister DeShaun said her family does not hold resentment over the accident.

Family members of driver Kevin Favorite stress law enforcement determined Favorite was not at fault for the collision.

Born July 2, 1992, Devante was the son of former St. John Parish Councilman Arthur Smith and Cheryl Smith. He was a former student at West St. John Elementary School and an incoming sixth grader at Ascension of Our Lord Catholic School at the time of his death.

According to an ordinance read by Councilman Kurt Becnel, Devante left an “unforgettable” impact on everyone he came in contact with, and is remembered for his “unique personality and his desire to help those in need.”

DeShaun said her brother was an avid baseball, football, basketball and soccer fan who also loved fishing with their father. She recalls Devante walking from room to room to give everyone a kiss and wish them good night before bedtime.

In honor of her late brother, DeShaun used “Devante” as her son’s middle name.

“It’s kind of bittersweet, but we’re pretty excited about the park being renamed,” DeShaun said, adding a lot of family members turned out for the ordinance reading.

Raeaneka Renee Small was born Feb. 1, 1992, to Renee Jones and Lorio Small. She was the stepdaughter of Gregory Jones and a resident of Lucy.

Close to her siblings and cousins, Raeaneka was a student of Reserve Christian School who enjoyed playing basketball and video games.

According to an ordinance read by Becnel, Raeaneka was a “loving, caring, outgoing and very outspoken” child who had an affectionate way of bringing people together

“We will never forget that moment when this happened,” Becnel said in regard to the accident. “It was like time froze. I have never seen people unite so much, and it just touched my heart.”

Councilman Marvin Perrilloux said the naming has been in the works for more than five years, and he was pleased to help it finally come to fruition.

“When our former councilman Art Smith got sick and we wanted to honor his time on the council, we thought about the young children that passed away and never got the chance to be adults,” Perrilloux said. “It was an honor and a treat for the Council to name the park in honor of those kids.”

According to Perrilloux, a community celebration will be held at an undetermined date after new plaques for the Edgard Park arrive.

LAPLACE — Denarold Anderson learned the sky is the limit to a successful future in his elementary school days, with... read more