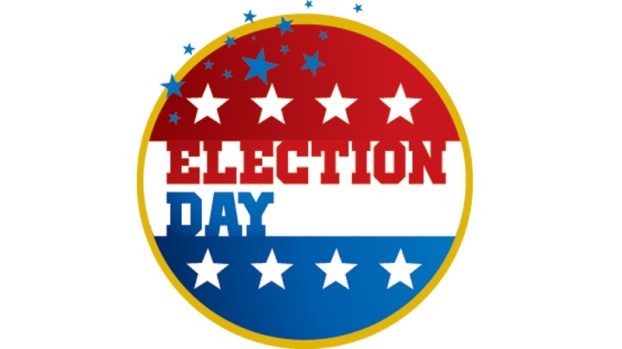 St. John the Baptist Parish’s election season is right around the corner. A combination of connected candidates and incumbents are expected to combine with natural term limits to create an election free-for-all for the parish’s most influential seats.

In an effort to inform our community about our current leaders’ intentions, L’OBSERVATEUR reached out by phone and email to each of the above incumbents to gauge where they were in the decision-making process for this fall’s elections.

In March, we look forward to breaking down potential challengers and canvassing with local residents to ascertain their issues of importance.

L’OBSERVATEUR is also launching a weekly podcast this Spring to provide voice for our community, interviewing our community’s difference makers and interesting characters.

When it comes to election season, there is no more impactful position than that of parish president.

Incumbent Natalie Robottom first won a 2010 election to fill the unexpired term of Parish President Bill Hubbard, who pleaded guilty to bribery and resigned less than two years into his term.

Robottom went on to win two traditional election cycle races, in the process cementing a political career as impactful as any in St. John history.

As the longest serving parish president, who blazed her own trail as the first woman and African American to hold the position, Robottom is term limited this cycle and, therefore, not allowed to run for reelection as parish president.

Robottom did not respond to numerous requests for comment in this story about her future plans, but she is already active on the political scene, headlining a fundraiser for an office challenger.

The move surprised some on the Parish Council, who thought Robottom would sit out this election cycle. Watching which incumbents and challengers seek and secure an endorsement from Robottom might prove to be election season’s most interesting subplot.

St. John the Baptist Parish’s legislative branch of government is made up of seven District-specific Parish Council members, who each represent a section of the parish.

They are joined on the Council by two at-large members, who each represent a different half of the parish, bringing the total to nine elected Parish Council members.

The seats can only be held for two full election cycles before the public official is termed out, meaning if the elected leader in that spot wishes to remain in office, they must run for a different position.

Becnel said his campaign committee and family is against making an election announcement this early in the process. Becnel said he has not begun any fundraising efforts, saying such a decision wouldn’t come until at least April.

“I don’t know what tomorrow is going to bring,” he said. “I’ll send out an announcement that I’m running maybe in June. I don’t know when. I talked to former council members, and they all said this is unheard of. I’m in the middle of things. It’s my right not to reveal anything right now. I’ll have people attacking me.”

According to Becnel, he last announced his decision to run for office Aug. 1, 2015, and won.

“I’m in the middle of trying to get us a building on the West Bank; I’m focusing on that right now,” Becnel said.

Remondet is not quite ready to announce her plans for this fall, telling L’OBSERVATEUR, “I want to be able to give you a better answer than I can right now, so I have to go no comment on the election at this time.”

District 3 Councilman Lennix Madere Jr. is in the last year of his second term in office and, therefore, cannot run for the District 3 seat this year.

He soundly defeated challenger Lionel Dennis (74 to 26 percent) in 2015 to secure his second term.

“I haven’t decided anything yet,” Madere said. “Probably in a week or so, I might be making some decisions on some things. I don’t see anything really making the election different this year. More people may decide to run. We’ll have to wait and see.”

District 4 Councilman Marvin Perrilloux is termed out for his seat. He ran unopposed in 2015 — the only Council member to do so.

Perrilloux said he hasn’t made a decision on his next election challenge.

“I think the registration is in August, so it’s kind of early right now, even for parish president,” Perrilloux said, noting he previously registered the last day of qualifying and announced the following day.

“I am term limited on Parish Council District 4, so I would have to run for another position,” he said. “I haven’t decided what I’m going to run for yet. I could run for at-large or any position that’s open.”

Wright flirted with the idea of running for parish president in 2015, first announcing for the position before later withdrawing.

Via social media, Wright said he has not made any final decision on his next step but is considering runs for parish president or division B council at large.

“I hope to make a decision in the next month or so,” Wright said.

District 6 Councilman Larry Snyder said he hasn’t given much thought yet to this fall’s election.

“I haven’t set a time schedule of when to make a decision, so I really don’t know right now,” Snyder said. “I’m just a little anxious to see who will be running for parish president.”

Snyder is term limited in his seat and cannot run for reelection in District 6.

He has proven to be a trusted leader in his District, securing 74 percent of the turnout in October 2015 over challenger Jerry Wilson Sr.

District 7 Councilman Thomas Malik has the shortest history on the Board, having won special election to fill the seat less than two years ago.

The District 7 seat had been in flux since 2015 when incumbent Cheryl Millet sought another Council seat. That led to a fall election win by Buddy Boe, who served six months before he announced his resignation to become communications director to Lt. Gov. Billy Nungesser.

The Council appointed LaPlace businesswoman Raj Pannu to serve in the interim until a permanent replacement could be elected.

In speaking with L’OBSERVATEUR, Malik said he would officially announce his candidacy for political office right after Mardi Gras.

Malik did not indicate which office he would seek.

Entering her 16th year on the Parish Council (eight in District, eight as at-large), Division B Councilwoman at Large Jaclyn Hotard acknowledges she has a major decision to make about her political future.

“I will have conversations with my family, my friends, my advisers in the next month or two to decide what office, if any, I will seek,” Hotard said.

Division A Councilman at Large Larry Sorapuru Jr. is finishing up his first term in office this year, therefore allowing him the opportunity to run for the same office in the fall.

Sorapuru did not return L’OBSERVATEUR phones calls seeking comment for this story.

Sorapuru earned his seat in 2015, first securing a runoff spot when he and Sylvia Taylor-Dunn were the top two vote getters in a three-candidate race that included Demetria Robinson Carter.

Sorapuru topped Taylor-Dunn a month later in the runoff.