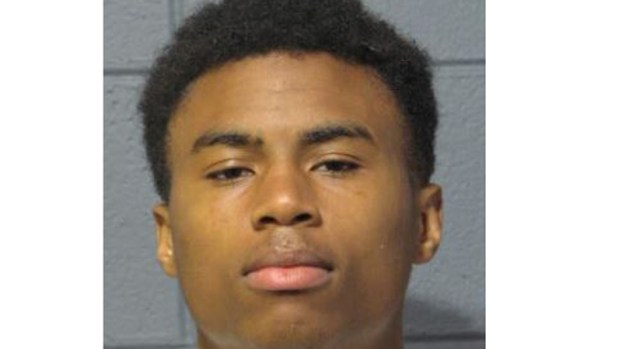 In late 2017, two armed robbery of pizza delivery driver charges against Dominik Johnson were dropped as part of a plea agreement for weapons possession, authorities said.

According to the St. John the Baptist Parish Clerk of Court’s Office, Johnson pleaded guilty in December 2017 to carrying a firearm or dangerous weapon by a student or nonstudent on school property.

Johnson was sentenced to a suspended five years with the Louisiana Department of Corrections and placed on three years of active probation.

The District Attorney’s office noted Johnson was put on probation as a first offender because he didn’t have any convictions on his record.

Johnson was arrested again and subsequently charged with carrying a firearm in October. Prosecutors said that was deemed a probation violation, meaning the LaPlace man’s five-year jail sentence was reinstated.

According to the D.A.’s office, Johnson is incarcerated in the Dixon Correctional Institute in Jackson and the length of his sentence will, ultimately, be decided by the Department of Corrections based on his prison behavior.

Johnson, 20, was originally given credit for all time served since his April 6, 2016, arrest and ordered to pay $865 in courts fees and fines. He also was made responsible for a $71 monthly probation fee.

Authorities said the Aug. 29, 2015, robbery involved stolen cash and pizza in a case where a 19-year-old male victim told deputies he was making a pizza delivery when two male juveniles robbed him sometime after 9:20 p.m. in the 100 block of River Pointe Drive in Reserve.

“One perpetrator pointed a handgun at the victim and told him to drop the pizzas and to empty his wallet,” Sheriff Mike Tregre said at the time. “After the victim complied with the demands of the perpetrator, the two perpetrators fled on foot with the pizza order and cash from the victim’s wallet.”

Deputies found Johnson and others on the vacant East St. John Elementary campus. As deputies began to investigate, one of the subjects fled. During a brief foot pursuit, the subject, identified as Johnson, threw away a handgun that was in his possession, police said.