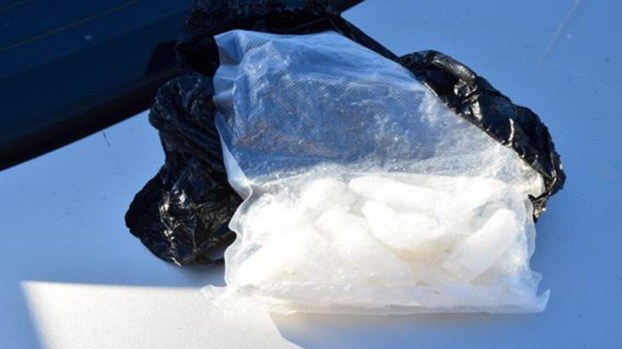 The St. John the Baptist Parish Sheriff's Office released this picture of methamphetamine that authorities said is part of a half-pound traffic stop seizure conducted Dec. 3 in LaPlace.

LAPLACE — The LaPlace traffic stop seizure of a half pound of methamphetamine and corresponding drug-dealing arrest are indicators of a growing narcotics problem in St. John the Baptist Parish, authorities said.

“Unfortunately, we have been making busts like that recently,” St. John Sheriff Mike Tregre said this morning. “It’s more than I would like to see. Crystal meth is definitely a new trend.”

Tregre’s comments come on the heels of the Dec. 3 arrest of 47-year-old David Pittman, a man SJSO Special Operations Division officers say is being investigated for his involvement in illegal narcotics sales throughout St. John.

Officers conducted a traffic stop and identified the driver as Pittman. During a search of the vehicle, police said they recovered approximately a half-pound of methamphetamine.

Tregre said crystal meth use is impacting local residents, noting the drug is not simply moving through St. John Parish.

According to police, more than half of the St. John Parish crimes committed in 2018 have been drug-related.

“We have been tracking (Pittman) for some time,” Tregre said. “Lots of investigative hours went into this, and we waited for the right moment to strike.

“Every time we catch one like this guy, another one seems to take his place.”

According to Tregre, Pittman’s arrest is the result of a coordinated effort between state, local and federal authorities — a trend that will continue in the drug battle.

9 competing at Festival of the Bonfires Pageant