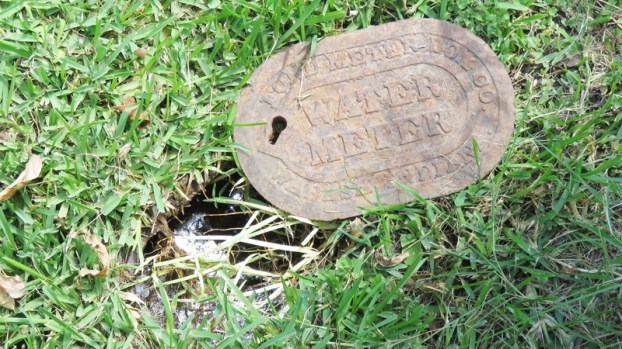 St. John residents can expect the water meter project to take approximately one year to complete.

What might have seemed like a final rubber stamp step within a years-long process turned out to be anything but as Robottom, Parish Council members and a St. John District Attorney’s Office representative disagreed on who should sign what and under what direction.

District Attorney Bridget A. Dinvaut had held off on signing that document, asking the Council to consider instructing Robottom to first sign a Statement of Appreciation and Understanding detailing the St. John the Baptist Parish Water Meter Leak Detection System Upgrades Project.

Keith Green Jr. of the District Attorney’s Office told Council members a signed Statement of Appreciation ensures the Parish Council, public, administration and D.A.’s office all have an understanding of what the project is and what the project does.

Green told Council members at their most recent meeting that the D.A. could sign the site certificate the day after the Council authorized Robottom’s office to execute the Statement of Appreciation.

Robottom repeatedly stressed a Statement of Appreciation is not required by any party involved in the water meter overhaul and wholly unnecessary to the process.

She said the D.A.’s attempt to secure a Statement of Appreciation assumes Council members and administration officials do not understand the project.

Parish Councilman Larry Snyder ultimately made a motion to have Robottom secure the site certificate signature from another lawyer besides the D.A.

Councilman Kurt Becnel seconded the motion, he said, because he was tired of the stalling and delaying and it was time to move on.

Larry Sorapuru Jr. voted against the motion, while Jaclyn Hotard and Marvin Perrilloux were absent for the vote.

St. John is installing advanced metering infrastructure to combat spiked water readings that have plagued the community for more than two years.

The 20-year cost projection for the AMI system comes in at $16.4 million.

Failing water meters are a byproduct of an antiquated 2006 system left to run past its projected end-of-life.

Until AMI metering is in place, the parish asks residents to make sure meters are uncovered and cleaned several times a year and contact the utilities department immediately with any billing issues.