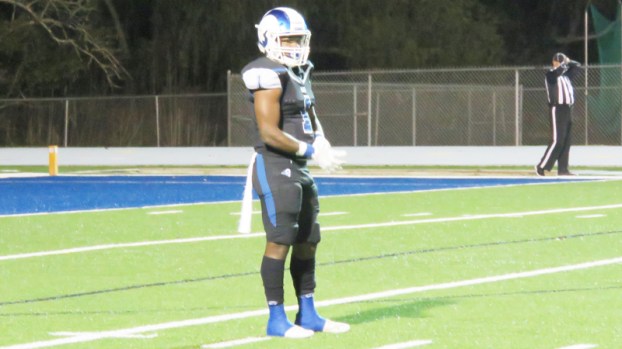 ‘ROLL OUT’ – Rams travel to Logansport for playoff showdown

EDGARD — West St. John High has to travel 300 miles this week to battle undefeated Logansport High in the quarterfinals of the Class 1A football playoffs.

The Rams will be ready, according to coach Brandon Walters.

“We get on the bus, roll out and go play them,” he said. “It’s not a field trip. Our guys are used to traveling some distance and still dealing with the moment and situation. I think we will be fine. We don’t do anything special or different and just overly treat the game like a regular game. It’s better for us when we do travel.

“This is the standard. It’s just another rung on the ladder we are trying to climb, and Logansport is in the way.”

The Tigers manhandled their second round opponent last week, shutting out 13th-seeded Gueydan 48-0. It was their fourth straight game scoring at least 48 points.

In fact, Logansport has only failed to score at least 40 points twice this season.

Far from an offense-only team, the Tigers are giving up just 9 points-per-game in 2018.

Darden is a junior and the rest are seniors.

“They have some athletic kids,” Walters said. “Their quarterback tries to get them in space and throw the ball around. We just have to be solid in our coverage and not get caught out of phase.”

West St. John seems primed for the challenge, coming off the school’s best defensive performance of 2018. The Rams completely dominated a talented Homer offense last week, allowing only a single touchdown with minutes left in the game.

The performance came at a perfect time for Rams coaches, who noted the squad’s progression is obvious despite a freshmen-laden defensive line.

“Those guys are really holding the rope and doing a great job of getting pressure on people,” Walters said. “They are playing our style of defense: Hunt and attack. The other night was a really complete game, where we saw maximum effort from all of the guys.”

Kylan Duhe leads the West John High offensive attack, the senior coming off a five-touchdown, 256-yard performance in Round 2.

Rams players and coaches are trying to keep it business as usual this week throughout the Thanksgiving festivities.

“It’s the standard here,” Walters said. “This is my 14th season here and we have played the Thanksgiving week every year since I have been here. It’s a great feeling. It’s a pride thing. We want to be playing late in the playoffs when everybody else is home watching TV and getting in some major chewing.”