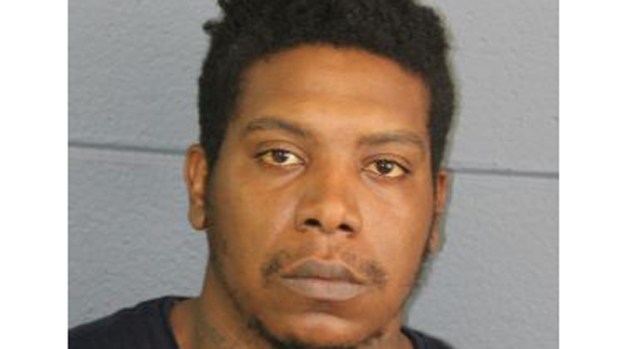 LAPLACE — An area man arrested eight months ago in LaPlace following a tense standoff with police and the safe rescue of children was sentenced this month as part of a plea agreement with prosecutors.

Originally charged with illegal possession of a stolen firearm and illegal use of weapons, 29-year-old Lonzell Holmes of Boutte entered his plea Oct. 2 to possession of a weapon by a convicted felon in front of Judge Madeline Jasmine.

Holmes is to serve five years with the Louisiana Department of Corrections without the benefit of probation, according to the St. John the Baptist Parish Clerk of Court’s Office. He was given credit for time served since his arrest Feb. 15.

Holmes was also ordered to pay $315 in court costs.

According to the St. John Parish Sheriff’s Office, Holmes exited a mobile home and fired several shots into the air following a police response to an illegal-use-of-weapons complaint at a home in the 100 block of Comeaux Court at approximately 9 a.m. Feb. 15.

Deputies said while making contact with a female in the mobile home to safely remove her and two children, they observed a male, identified as Holmes, sitting on a sofa.

“Officers were able to safely have Holmes exit the trailer,” a Sheriff’s Office release said.

Through investigation, detectives identified Holmes as the doorway gunman. During a search of the residence, two handguns were located; one reported stolen from Kenner, police said.

Police said an officer was injured during the response when a nail in the yard went through his boot, nicking his foot.