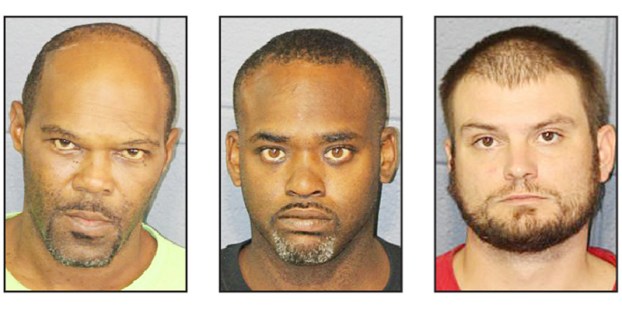 LAPLACE — Three River Region men who participated in the recorded theft of a LaPlace motorcycle a year ago accepted misdemeanor sentences that include probation, fines and, for one of the defendants, community service.

According to the St. John the Baptist Parish Clerk of Court’s Office, Torrey Michael Burnett accepted a misdemeanor theft under $1,000 plea agreement Oct. 2 and was sentenced to a suspended six months in parish jail.

Judge Madeline Jasmine said Burnett, 41, must complete 80 hours of community service within six months, according to the Clerk’s office.

Failure to complete community service in the allotted time frame results in a six-month jail stay.

The St. John Sheriff’s Office announced home surveillance video proved to be a major factor in Burnett’s arrest, as well as two others, as the thieves seemingly had no idea their actions along North Sugar Ridge Drive in LaPlace were being recorded.

Police said surveillance between 2:30 and 3:30 a.m. Oct. 24 showed a truck parked in the middle of the street before the theft and two males — identified by police as Burnett and Ronald J. Duncan of Lutcher — walking to the victim’s driveway. A 2017 Suzuki motorcycle was parked in the driveway.

Video shows the thieves loading the motorcycle onto a utility trailer connected to the truck and Duncan later entering as a passenger before leaving, police said, adding Burnett fled the scene on foot.

Through investigation, police said, Chad Exell was identified as the driver.

The motorcycle was returned to the victim prior to detectives making contact with the suspects, police announced a week later, adding at the time, “how it was returned is still under investigation.”

Following his arrest, the Sheriff’s Office noted Burnett confessed to his involvement in the theft.

The Clerk’s Office said Duncan, 41, and Exell, 28, pleaded guilty to misdemeanor theft under $1,000 last week in front of Judge Jasmine.

Each was sentenced to six months suspended in parish jail and ordered to serve six months of inactive probation.

EDGARD — Shamar Pierre and Khristian Rousseve are lifelong friends that share a common interest in fishing, which means they... read more