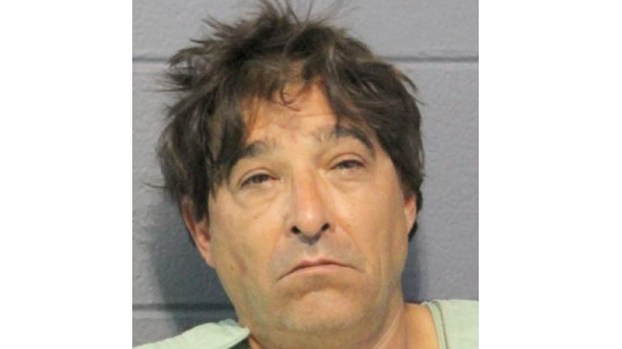 LAPLACE — A LaPlace man under investigation for the sexual assaults of as many as three victims was arrested this week after a tense apprehension that included multiple gunshots, authorities said.

Scott J. Ledet, 54, is being held in lieu of a $275,000 bond, charged with first degree rape and illegal use of weapons. St. John the Baptist Parish Sheriff Mike Tregre identified the victim as a local, 17-year-old female student, who alerted her teacher to the alleged assault, which set off the criminal investigation.

“Apparently, she had been being assaulted for a very long time by Mr. Ledet,” Tregre said. “I have been in contact with the District Attorney, and we will give the D.A. all the necessary documentation and evidence to see that he is never free again.”

According to police, detectives identified two possible other victims who may have been assaulted in locations outside of St. John Parish.

Local authorities are working with police in neighboring parishes to expand the scope of the investigation, Tregre said.

Juvenile detectives began their investigation Monday and sometime after arrived at Ledet’s LaPlace home following reports he was in possession of a firearm.

“(Ledet) armed himself with a shotgun and started firing rounds in the air with deputies standing there,” Tregre said. “He never pointed the gun at us.

“At one point, he put the shotgun he was holding in a position to where we decided to make a move. We rushed him. He was shot with a shotgun we have that has beanbags in it. That incapacitated him for a few moments; he then went for the shotgun again and that is where we tackled him and took the gun from him.”

Tregre said the altercation took place in the suspect’s backyard, and no other civilians were involved.

He commended the work of responding deputies, noting their “tremendous patience and tolerance.”

“I’m glad they found a way to not have to use lethal force, because it could have went either way at any moment,” Tregre said. “My team trains and rehearses over and over again for situations like that, and it paid off.”

Following his apprehension, Ledet was taken to a medical facility for further evaluation. Upon release from the medical facility, Ledet was arrested and charged with first degree rape and four counts of illegal use of weapons or dangerous instrumentalities.

Anyone with information pertinent to the case is encouraged to call the St. John Sheriff’s Office TIPS line at 985-359-TIPS or Detective Ann Taylor at 985-359-8765. Residents can also submit tips at stjohnsheriff.org/submitatip.php.

Pin Oak in Mt. Airy sold for $450M; most jobs to be retained

MT. AIRY — Most of Pin Oak Terminals 70-plus on-site jobs will be maintained following this week’s $450 million sale... read more