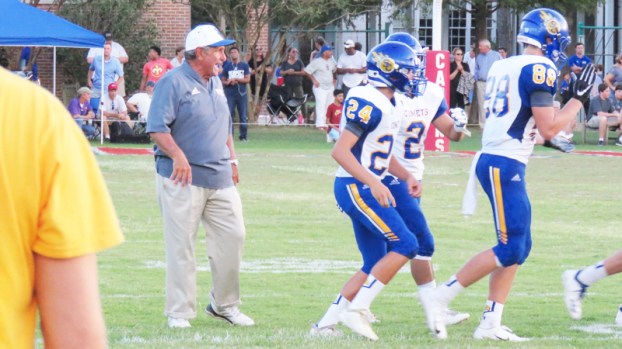 LAPLACE — East Ascension High has proven two things this football season: The Spartans score at least 30 points every week and they win.

East Ascension (4-0) is traveling to LaPlace this week to battle St. Charles Catholic (2-2) for what promises to be an all-out slugfest.

The 5A Spartans are a consensus Top 5 team and pack plenty of challenges for a Comets squad that lost a heartbreaker last week at Country Day.

EA coach Darnell Lee’s big play offense is led by quarterback Jason Wakefield and numerous playmakers, including Steven McBride, who scored from 47 yards out on the first play of last week’s game.

In all, Wakefield threw for 142 yards and two touchdowns (he ran for another,) while McBride finished with 78 yards.

The Spartans defense was also strong during the 58-24 blowout of Cecilia, yielding only 182 yards of total offense.

The SCC offense remains a work in progress for coaches, but does boast a few playmakers and hard-nosed runners.

Joseph Chiarella led the Comets with 70 yards rushing last week, while quarterback Justin Dumas finished with 140 yards through the air, including a scoring strike to Taylor Miller — one of his five catches.

The St. Charles Catholic defense continues to be a strong point, as only one opponent has scored more than 21 points this season on the Comets.

METAIRIE — The passing connection between quarterback Justin Dumas and wide receiver Taylor Miller was one of the few positive... read more