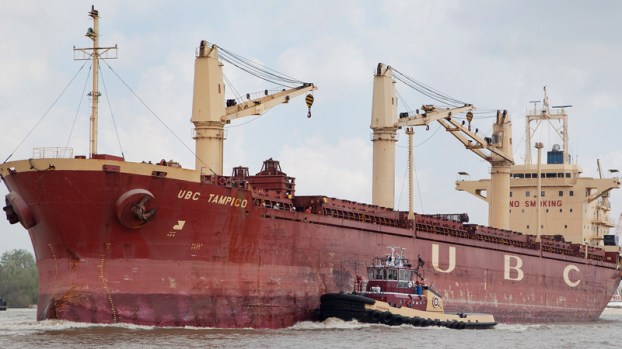 The Port of South Louisiana is the largest tonnage port in the Western Hemisphere and the highest grain exporter in the United States.

LAPLACE — Port of South Louisiana’s performance demonstrates the strength and stability of its resident industry.

The Port continues on its mission to promote maritime commerce, trade, development and establish industrial facilities thereby creating jobs and a stronger tax base.

Located within a 54-mile stretch of the lower Mississippi River between New Orleans and Baton Rouge, the Port of South Louisiana offers shippers a strategic location at the intersection of the Mississippi River and the Gulf of Mexico and an intermodal transportation network of waterways, roadways, rail, and air, featuring access to four interstate highways, four Class I railroads, the Louis Armstrong International Airport and the Port of South Louisiana Executive Regional Airport.

As the largest tonnage port in the Western Hemisphere (in 2017, private industries within St. Charles, St. John the Baptist and St. James Parishes handled over 307 million short tons of cargo brought to its terminals via over 4,580 ocean-going vessels and 65,400 barges), the Port of South Louisiana is the highest grain exporter in the United States (over 50 percent of the nation’s grain is exported via the Port of South Louisiana).

It is also the highest ranked exporter in North America. With over 56 million short tons of crude oil imports per year, four major oil refineries and 11 petrochemical manufacturing facilities, the Port of South Louisiana has been ranked as one of the top energy transfer ports in the nation.

The Port also operates one of the most active Foreign Trade Zones in the country. With 15 zones, it received over $39 billion in merchandise and facilitated the employment of over 6,200 in 2016.

In the heart of the Port of South Louisiana lies the Globalplex Intermodal Terminal, a 335-acre maritime industrial park designed to meet the specific needs of small- and mid-sized industrial, distribution, and manufacturing operations, providing infrastructure for the handling and storage of bulk, breakbulk, and containerized cargos.

To support and encourage tonnage growth, the Port of South Louisiana continues to make capital investments into its infrastructure that, at the same time, maintains and creates jobs in the River Region.

The Port has secured $56.8 million for improvements of Port infrastructure and enhancements that are crucial in remaining competitive in the global market. Some improvements will commence in the near future, like the strengthening of Globalplex’s general cargo dock, an $8.4 million project.

Other projects, like the $9.6 million expansion of an industrial warehouse funded by the Port Priority Program, is now complete. BARTON International, a resident tenant of Globalplex since 2006, is using the warehouse for their garnet abrasive operation.

Since its acquisition in 2009, the Port of South Louisiana continues to revitalize the Port of South Louisiana Executive Regional Airport in order to serve the needs of those who do business in the River Region: the runway length was extended to 5,150 ft. (with a parallel taxiway), a state-of-the-art AWOS system was installed, new tanks for Jet-A and AvGas fuels were acquired, the FBO terminal was refurbished, and its first 10,000 square-foot transient hangar was constructed and is now occupied.

Future projects include resurfacing the runway, installation of reflectors that will delineate the length of the taxiway, and the acquisition of two generators, one for the terminal building and the other for the airport taxiway lights.

The Port of South Louisiana has one of North America’s largest concentration of heavy manufacturers, a reflection of the strategic location, comparative market access, and a highly-skilled labor pool.

Industry leaders in the energy and chemical sectors continue to invest billions of dollars as they expand operations to capture market opportunities.

Currently, the Port handles over $69 billion in trade annually that supports over 30 thousand direct jobs (6 out of 10 jobs) in the River Region, which translates to over 83 thousand jobs (1 out of 25) in the state of Louisiana.

Industries from all over the globe have taken notice of the Port of South Louisiana’s competitive advantages. The region attracted billions of dollars of investment – $23.262 billion to be exact – by companies in the petrochemical, fertilizer and logistics industries.

Projects like these are vital to sustaining and promoting further economic prosperity for the Port of South Louisiana, the River Region, and its labor force.

• Dr. Loren C. Scott & Associates, Inc. (2015), Economic Powerhouse on the River: The Economic Impact of Industries within the Port of South Louisiana Jurisdiction on the Louisiana and PSL Region Economies