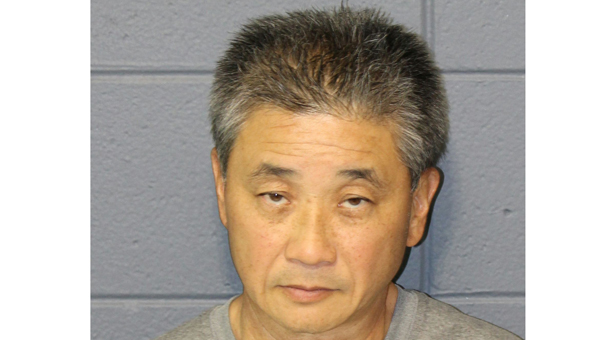 RESERVE — A classroom argument between a 14-year-old Riverside Academy student and veteran teacher turned physical last week, leading to the arrest and suspension of the teacher, authorities said.

The altercation took place Feb. 16 at the Reserve school, according to the St. John the Baptist Parish Sheriff’s Office. Police said Curtis Tsuruda, 59, placed his hands around the neck of the student.

“After breaking free from Tsuruda’s grip, the student left the classroom and reported the incident to school officials, who began an investigation,” a Sheriff’s Office release said.

“The incident was first reported to the SJSO by the parents of the juvenile on (Monday).”

Deputies arrested Tsuruda Monday at his LaPlace home, charging him with cruelty to juveniles – with force/violence. Tsuruda was released from custody Tuesday on a $3,000 bond.

The investigation is ongoing, police said.

Tsuruda has been suspended without pay from the school pending an internal investigation, principal Mike Coburn said, adding Tsuruda has not been back on campus since the reported altercation.

Coburn said Tsuruda was hired by Riverside Academy in August of 2015 by the previous administration.

“This is something we don’t want but, as I explained to the faculty and parents, it’s a hurdle we have to get over,” Coburn said.

“We’re going to do everything possible because we have a lot of great things going on at Riverside Academy. We’re not going to let one bad situation ruin our reputation.”

Coburn said the campus family has responded well since the arrest.

“I commend the faculty, the staff and the students,” he said.

“They really rallied around everything we’ve done. We’ve kept everybody well informed of what’s going on. We’re dealing with our insurance agency accordingly, and our attorneys are kind of guiding us through this process.”

Multiple media outlets reported Tsuruda was given a five-year suspended prison sentence with five years’ probation and fine in March of 2015 for supplying a student-athlete with anabolic steroids without the student’s knowledge while working at Donaldsonville High School.

The Advocate reported Tsuruda, whose résumé included time at LSU and Tulane University, started with Ascension Parish public schools in August 2013 and was fired April 9, 2014.

RESERVE — Ryan Stewart has an illegal hankering for the treats of Guidry’s Goodies on Airline Highway in Reserve, police... read more