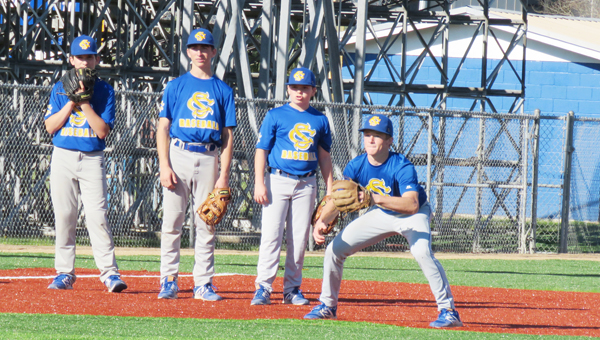 When the state’s best Class 2A teams converged on the town of Sulphur for the annual State Baseball Tournament, carloads of fans from St. John happily made the trip to see Riverside Academy and St. Charles Catholic play each other in the semifinals.

Riverside fans were sent home unhappy following a 3-0 loss to the Comets, but some St. John folks happily made the trip again the next day (or booked a room for the night) to see St. Charles play for the Class 2A state championship.

Alas, the Comets lost to St. Thomas Aquinas 3-1 for the title.

It remains to be seen if there will be another St. John Parish invasion in Sulphur this year.

St. Charles Catholic lost all but one position starter from its state runner-up team and its ace pitcher from last season.

Riverside Academy lost only three starters and has a dugout full of good pitching.

East St. John High lost a lot of talent from last year and its head coach, Jade Falgoust, to Archbishop Rummel. Wendell Henderson has taken over the team and is trying to rebuild a once-proud tradition.

“We’re still jelling,” said Henderson, who lost only four starters. Among those returning are seniors Justin Schnyder and C.J. Turner.

West St. John High has struggled in recent years as well, but coach Greg Joseph is trying to turn it around.

That doesn’t mean the local teams are lowering their expectations, however.

“I knew that when I took the job and it’s one of the reasons I love it here. We know we’ve got good players. We know we have good kids. There’s still talent here.”

It just might take the Comets a little time to put it all in the right spots.

Only Lloyd Nash returns as a position player and he will move from right field to center field.

As for pitchers, Stein will be counting on senior Brennan Gilberti, who was Stein’s pick to start the 2016 state championship game against St. Thomas Aquinas.

“It was awesome,” Gilberti said this summer as he honed his skills with the St. Charles-based American Legion team.

“They got a taste of it,” Stein said.

“That makes them hungry. We know we’re going to go through some growing pains.”

Riverside coach Frank Cazeaux is in a little better position this season.

He also returns  a solid group of pitchers,  including Mason Vicknair, who was L’OBSERVATEUR’s All-St. John Parish Player of the Year.

Jordan Loving (the football team’s stellar quarterback) and Jared Hymel, who couldn’t throw last year due to an arm injury, round out the bullpen

Nevertheless, Cazeaux said he never talks about the state championship with his team.

“I never mention it to them,” he said.

“We play them one at a time. We know we’re going to get beat. We’re going to make mistakes and, sometimes, it’s just the luck of the draw who you play.”

The 2017 season also marks the first under the new LHSAA split playoff system.

That shouldn’t affect the local teams much, however.

Last year’s Class 2A state tournament was an all-private school affair and only four of the final 12 teams were public schools.

The new system may work to West St. John’s advantage as 32 public school teams could qualify for the Class 2A bracket.