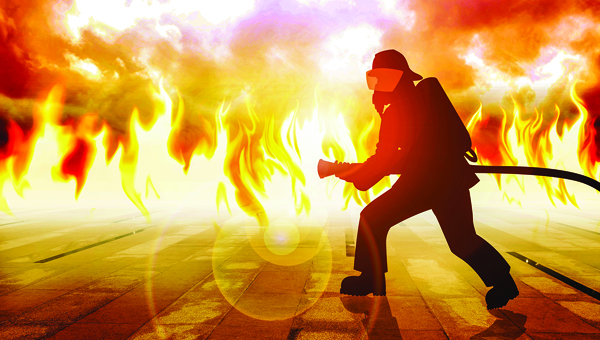 LaPlace Volunteer Fire Department leaders say they are not the reason progress has slowed with manning the recently completed $2.9 million Fire Station #51 on Hemlock Street in LaPlace.

LAPLACE — LaPlace Volunteer Fire Department leaders say they are not the reason progress has slowed with manning the recently completed $2.9 million Fire Station #51 on Hemlock Street in LaPlace.

The source of disagreement is over property ownership where the Hemlock Street fire station stands.

Based on advice from the District Attorney’s Office, Parish Council members tabled action last week concerning a construction change order with Aegis Construction. Council members said land ownership should be addressed before other action concerning the facility is taken.

Barber said he disagreed with the move, adding he thinks everything should be done now to pay the contractor and settle issues with building billing.

LVFD Board members contend the fire station is standing on two pieces of property, both of which are under Volunteer control.

Board members said their intention is not to impede fire services but simply to see the D.A.’s Office settle ownership concerns and investigate how the property can be maintained by the LVFD.

“All we wanted was a new station to do what needed to be done for the parish and residents of LaPlace,” Barber said.

Board members said they were not involved in the design process and Parish administrators scrapped work previously done by the organization with design and planning.

“As a department, we want to maintain the property,” Barber said. “From my understanding, the Parish Administration says it can’t happen that way. If they are saying they want to own the property, they can’t own it because it’s going to be converted back to Gulf States.”

Barber said the property reverts to Gulf States if the LVFD disbands. Board members maintain there is a future with the Parish’s paid firefighters and volunteer firefighters working together, but it’s going to take a level of cooperation that does not exist between those entities at the moment.

“We want the parish to recognize us as a department, recognize we own that property,” Barber said.

“I don’t see why we can’t move forward. And, we want the station named again after E.L. Fagot and say LaPlace Volunteer Department Station 51 on that building.”

Parish President Natalie Robottom said disagreement over the Hemlock Street station is a symptom of a larger problem that stems from the Parish’s transition from volunteer-only fire protection to services led by a paid department.

She says the animosity stretches back years and dates back numerous administrations when plans for combined fire services were executed poorly.

Robottom said the whole process has taken longer than necessary.

Plenty to Learn: Communities rally in honor of Dr. King