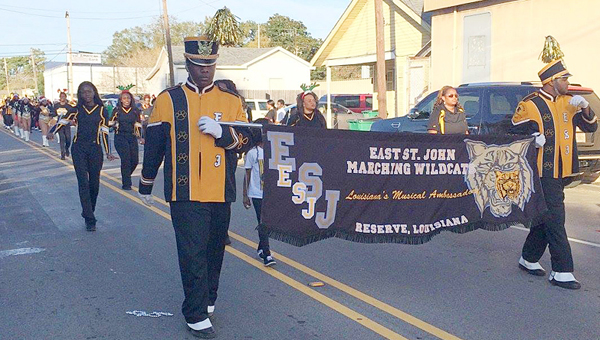 NORCO — The Norco Christmas Parade will honor the River Parishes’ first responders when it makes its annual roll Dec. 4.

“Norco Noel: Santa Salutes our First Responders” is the theme of this year’s parade, which begins promptly at 2 p.m. at River Road and Washington Street in Norco.

The parade will travel east on River Road then north on Good Hope Street before turning west on Sixth Street. It will travel south on Apple Street and disband at River Road.

Be sure to bring a camera because, following the parade, Santa and Mrs. Claus will be available to take free photos with children at the community Christmas tree, located between the Sub Express and the former Capital One location.

Each child will receive a free candy cane, as well.

“The parade really started as just a little Norco community parade, but now we’ve expanded to include all of the River Parishes,” Weber said.

“Riverside has been a regular participant, and we’ve always had the Andouille queens. East St. John has been a great addition. We also have had special guests from the New Orleans and Metairie areas, so we’re not just a little Norco parade anymore. We’ve grown so much, in fact, that we’ve been asked to kind of cut it back a little.”

A Norco tradition in the early to mid 1970s, the parade stopped rolling in the 1980s.

Weber, a lifelong Norco resident, led a group to revive the parade in 2001. It has rolled every year since, except for 2001 following Hurricane Katrina.

“We invite everyone to bring their families and enjoy the parade,” Weber said.

“It’s a great way to kick off the Christmas season for everybody.”

News in brief: Drop off Toys for Tots in LaPlace

The Wireless Zone in LaPlace is partnering with the U.S. Marine Corps Reserve Toys for Tots campaign to collect new toys for less fortunate children in the area... read more