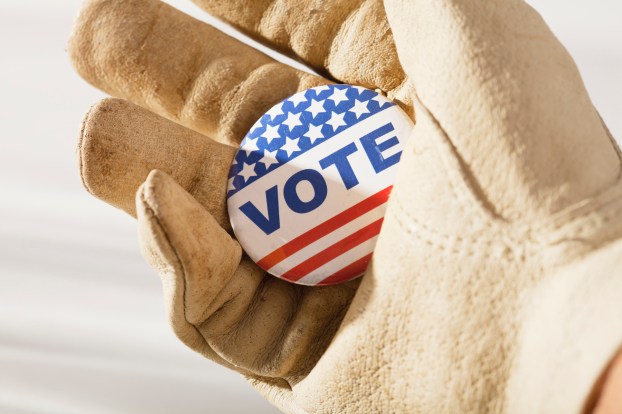 LAPLACE — Candidates for judge in St. John the Baptist Parish have spent months on the campaign trail and each has a different opinion on what voters are looking for in the courtroom.

Gauff said residents want someone who is independent, knows the law, will follow the law and has an affinity for prevention efforts available for the community, especially young people.

“I have been a registered no party affiliate for quite some time,” Gauff said. “I do feel very strongly that persons elected to office should be individuals who vote and support issues based on what is in the best interest of the people and not necessarily what’s in the policy or practice of a particular party.”

According to Gauff, her work as an associate professor in the English department at Tulane University demonstrates the kind of fair-and-impartial temperament she would exercise on the bench.

Perilloux said community members know how good a judge Mary Becnel is and want to make sure whoever is elected to replace her has the qualifications and experience to fill her shoes.

Perilloux said he has lived in St. John Parish his entire life, knows the people well and understands area needs as many seek to improve the quality of life for the region.

“I intend to utilize all of that to the best I can in terms of trying to be the best judge that I can be,” Perilloux said, adding he wants to be an example on the bench and in the community.

“If we get out in the community and we’re more active showing and teaching children a better way of life, letting them know the pitfalls of bad decision making, letting them know there are people who care about them, especially in the formative years when they are getting ready to go to high school, I think we have an opportunity to provide a valuable and much needed service in our community.”

Perilloux said part of being a judge involves community activism, adding “I can tell you, without any hesitation whatsoever, I have every intention of being an active judge in the community.”

Snyder said St. John’s next judge needs to have integrity, experience and a genuine disposition on the bench while remaining fair, impartial and displaying a stern hand when warranted.

“I have nearly a decade of law enforcement experience before I became an attorney,” Snyder said.

“I have 16 years of experience as an attorney. I have no disciplinary issues. I have never been sued as a law enforcement officer for abuse of power. My primary areas of practice are over what the 40th Judicial District Court has jurisdiction over, which is family law, wills, successions and criminal matters.”

Snyder said he has already earned the trust of voters as the elected justice of the peace of District 3.

“I have had arrest warrant certification and have also had judicial training,” he said.

“I act as the lower court judge. I have the integrity, the experience and the correct judicial temperament to be the best judge for division B and for the voters of St. John Parish.”

He said he is a candidate who will rule only based upon the law and evidence presented after all litigants have had the opportunity to be heard in court.

“I’m loyal to a fair and impartial trial,” he said. “I don’t have these political regimes behind me. You will get a fair an impartial trial with me and an independent judge with me.”

Perilloux has practiced law in St. John Parish since 1994, served as an assistant district attorney for 12 years and has served as legal counsel for St. John the Baptist Parish Government.

He listed a LaPlace P.O. box and no party affiliation during qualifying.

He said, as the father of two teenage girls, family is extremely important to him.

“Both of my children go to school here in St. John,” he said.

“One of my opponents has no children and the other opponent’s children go to school in New Orleans. I’m raising a family here in St. John. My family is from St. John and St. John is extremely important to me. I intend to do my part, more than just sitting in Edgard making decisions.”

Gauff is a LaPlace attorney whose firm offers criminal, civil rights, employment discrimination, social security and other services. She listed a LaPlace address and no party affiliation during qualifying.

Gauff, who clerked for Becnel in the past, commended the outgoing judge’s work with CHARM school that serves young ladies impacted by the court system.

“I believe CHARM school, if expanded, could serve as a prevention, as well,” Gauff said, adding she wants to bring new programs and beef up existing ones to meet youth with prevention and intervention measures.

Gauff said it is important for readers and the public to know they have the ability to research who has been practicing law and in what fashion.

“Of the three candidates, it’s a fact that I have been licensed the least number of years, but in terms of my practice, I have practiced in all areas that this particular court presides over,” she said.

“My practice is broad ranging. I trust the public to do the homework that is necessary to make an informed decision.”

LAPLACE — “Trash,” “foolishness” and “negative” are how candidates for judge in St. John the Baptist Parish are describing a... read more