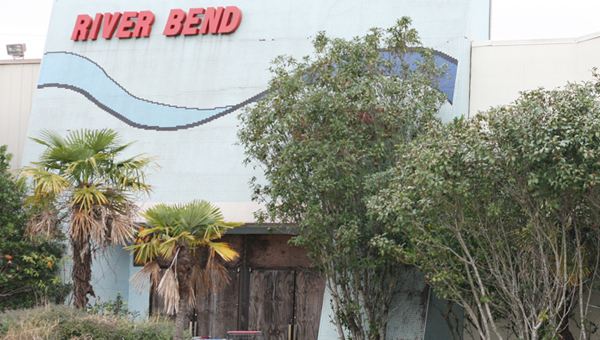 The boarded up River Bend Bowling Alley in LaPlace may soon see some activity.

LAPLACE — If residents were to drive down Cambridge Drive in LaPlace, they would notice the abandoned River Bend Bowling Alley with its boarded up windows and over grown trees.

But soon, those doors may be open again.

“Negotiations are underway for the purchase of the bowling alley,” Buckles said. “An offer to purchase this property has been made, and it is currently under consideration.”

Buckles said the building has been closed for at least eight years, meaning there has been one less entertainment spot for residents to enjoy.

“Expanding lifestyle entertainment and retail options is an increasing focus for the St. John Parish Administration,” Buckles said. “Such developments not only improve the quality of life of our citizens, but also attract visitors that will further contribute to our local economy.”

Snyder said the building is currently an eye sore, adding he is excited about the possibility of the building being used once again.

Snyder said he was trying to get the parish’s recreation department to buy the building and use it as a family recreation area; however, he is fine with someone else taking an interest in the building.

“I think it’s important that we have something for the families to do and what better place than a building that’s already there,” Snyder said.

“I’ve bowled a few times just to have fun. I’m not very good at it, but I can tell you right now I would go there with some friends and just play around.”

With the building abandoned, it has become a target for delinquents.

“About two or three months ago someone started writing graffiti on it, all the around it I think,” Snyder said. “I got a phone call about it from some of my constituents. We were able to get it taken care of by putting up a fence around it so people couldn’t get to it. Empty buildings like that invite things like that. That is one reason we need to get that thing back in commerce. If it was being used, that’s something we wouldn’t have to worry about.”

Snyder feels having the building in use would bring families closer together.