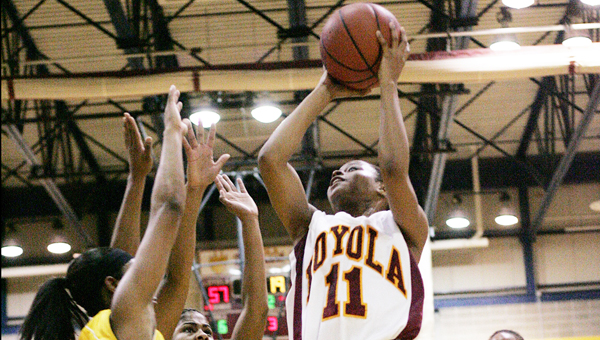 NEW ORLEANS — Back when she was a standout basketball player at Loyola University, Trenese Smith and her twin sister, Trenell, used to attend the annual Hall of Fame Induction ceremonies and wonder what it would be like.

“We’d say, ‘Man, if we ever get in we’ll probably be old and gray and using a cane,” she said. “You usually don’t get inducted when you’re a young person.”

Now at the ripe old age of 28 and just six years from the end of her stellar career at Loyola, Smith will be inducted into the Loyola University Athletics Hall of Fame today.

Smith, a native of LaPlace, began her path to glory at the now closed Reserve Christian School from 2003-2005. While an excellent player, a knee injury pushed her into the shadow of her older sister (by a minute), Trenell, who was the Small Schools Player of the Year three years in a row and graduated with more than 3,000 points scored.

Smith stepped out of the shadows at Loyola, where she was the Gulf Coast Athletic Conference’s Player of the Year three consecutive years, a three-time All-Louisiana selection, a NAIA All-American four times and a Women’s Basketball Coaches Association All-American as a senior. She graduated in 2010 as the Wolfpack’s all-time leading scorer, male or female, with 2,439 points.

It is that accomplishment of which Smith is the most proud.

“I’ve been out of college since 2010 and I’m still holding on to it,” Smith said. “And the fact that it’s the most points scored in men’s and women’s basketball.”

Now living in Gonzales with her 1-year-old son and engaged to be married this year, Smith is in a manger-trainee program for the Hertz Corporation and nearing completion on her Master’s degree in Human Resources Management. She and Trenell also spent one season as co-head basketball coaches at Riverside Academy in 2011 when the school found itself without a coach.

“I enjoyed it,” Smith said. “I just didn’t find another opportunity, so I decided to lean on my education.”

While Smith said she is overjoyed at her selection, it is tempered by the fact that she will go in without her twin, Trenell, by her side.

“It’s very weird,” Smith said. “When they first called me to tell me, I said, ‘What about Trenell?’ I’m sure she’ll go in one day. Without her, there is no me. She was my point guard. She had to give me the ball to score all those points.”