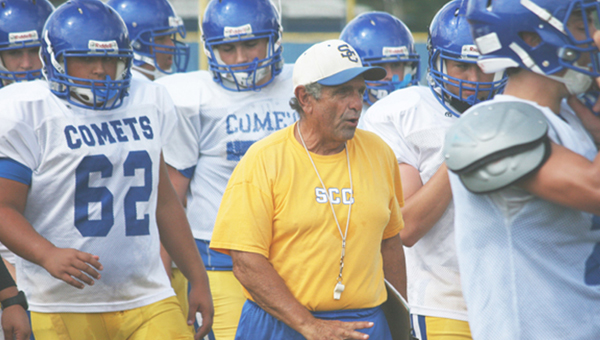 LAPLACE — St. Charles Catholic coach Frank Monica was in the bleachers at Riverside Academy last week, watching the two schools’ basketball teams square off when he heard an interesting rumor.

The Louisiana High School Athletic Association had called a press conference for Friday and it would deliver a “bombshell.”

It pretty much was. The governing body for high school sports in Louisiana announced Friday the select/non-select split playoff system adopted by the member principals in 2013 violated its own constitution and would be done away with, effective immediately.

The violation was recently discovered by the LHSAA’s new attorney while reviewing the agenda for the upcoming convention to be held Jan. 27-29. The decision could mean the LHSAA will return to the five-class system for the 2016 football season with five state champions instead of nine.

Monica, for one, is thrilled.

“It’s quite awesome,” he said. “For one thing, if you’re on the select side like me, you get a chance to play more games. A couple of the select schools had byes and whatnot and then, once you get in the playoffs, there’s less teams. Normally you’d play a 15-game schedule. The select schools played only four playoff games and that means less revenue. Also, it gives you more variety of competition. As a select school, the odds of you playing someone again were greater.”

St. Charles did indeed have to face its biggest rival, Riverside Academy, twice during the 2015 football season, including once in the Division III select semifinals. Riverside won both meetings.

The Rebels advanced to the state championship against Note Dame and lost, 13-3.

Kinder and Mangham played in the Class 2A state championship with Kinder taking a 35-20 victory.

East St. John coach Aldon Foster was caught off guard by the announcement and had mixed feelings about it.

“The way I looked at the split was that more kids got the opportunity to experience that playoff championship atmosphere,” he said.

The exact implications of Friday’s announcement remain unclear. The LHSAA likely will hear new proposals at its upcoming meeting, including one that could split schools by status as rural or metro.

Monica has other questions.

“Why did it take so long to figure this out, especially since we have a Constitutional lawyer sitting up there (with the LHSAA),” Monica said. “How did we fumble the ball? The flip side of the coin is, where do we go from here?”