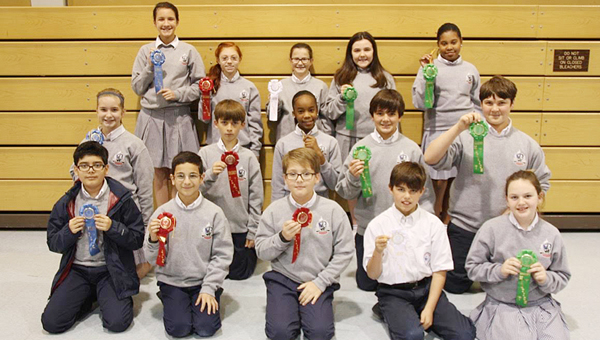 Sixth grade students followed the scientific method to develop their projects. They had to choose a problem they wanted to solve or a topic they wanted to explore.

They had to research the topic and form a hypothesis, and they tested their hypotheses by performing experiments.

The results from the experiments were analyzed, and conclusions were presented.

Projects from various categories were judged.

All first and second place winners advance to the Regional Science Fair at Nicholls State University.

In Health and Behavioral Science, the students that placed included Giancarlo Lara in first place for “Bicycle vs. Y-Fliker” and Bryce Bertucci and Ryan Laiche in second place for “Color Blindness.”