EDGARD — Just days after signing a letter of intent to play college basketball for Xavier University, West St. John senior Maya Trench scored 77 points in four games and was named to the All-Tournament team at the St. Mary’s Tournament to

East St. John’s Briana Thompson goes up for a shot during practice Thursday. The Lady Wildcats started this season 3-4.

The Rams’ Jaquana Hunter also was named to the All-Tournament team. She scored 16 points against St. Mary’s junior varsity, 19 against Katherine-Drexel and 18 against Landry-Walker.

The Rams (2-2) will travel to White Castle on Tuesday for a non-district contest.

The East St. John girls basketball team has posted a 3-4 record heading into December. The Lady Wildcats opened the season with a 48-39 loss to East Ascension. They then went to the St. Mary’s Tournament where they defeated McDonogh 35 52-35 and St. Mary’s 63-32. East St. John then lost to Easton 57-42 and dropped a close one to West St. John 47-43 in tournament play.

The Wildcats closed out November with a 55-49 loss to University and a 66-25 win over McDonogh 35 this week. East St. John will host Dutchtown Wednesday.

Under third-year coach Kathy Luke, the Riverside Rebels have started the season 3-1. The Lady Rebels opened the season with a 49-34 victory over Academy of Our Lady. At the St. Scholastica Tournament, the Rebels beat Pope John Paul II 63-24, then lost to Northshore 39-29.

Riverside closed out November with a 48-26 loss to H.L. Bourgeois. The Rebels are participating in the St. Marin’s Tournament this weekend and return home to host Ben Franklin on Thursday.

St. Charles Catholic opened its season with a 33-24 loss to St. Amant, then had a strong showing in back-to-back tournaments. At the Thomas Jefferson Tournament, the Comets defeated Vandebilt Catholic 44-30, Grace King 62-46 and H.L. Bourgeois 50-47. At the Dunham Tournament, St. Charles lost to Episcopal 37-21 then defeated Livonia 52-34, and Central 36-29. The Comets closed out November with a 52-39 victory over Maurepas. On Friday the Comets (6-2) traveled to Grand Isle. 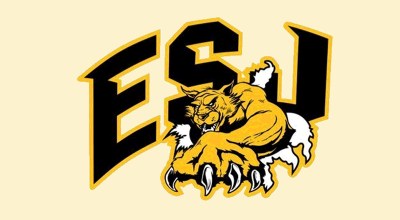