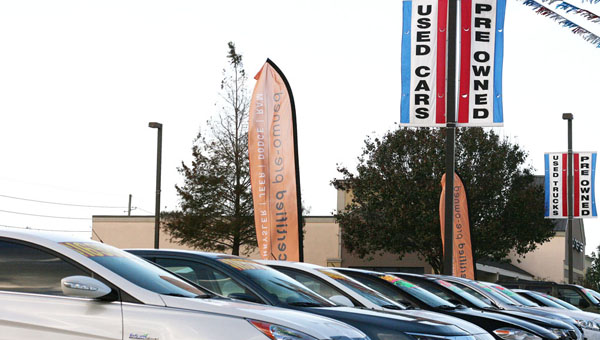 New general manager is proud of Riverland Chrysler Dodge Jeep Ram’s recently earned designation as a certified pre-owned Chrysler/Jeep/Dodge/Ram dealership, the only one in the region.

The first change the dealership made was getting a new general manager. Kim Guidry took the position at the beginning of November after previous manager Brian Larche Sr. retired.

“I think he has a lot of knowledge in the business and he has been around for a long time,” Badeaux said. “He is a very people-oriented person and I think he will be good for LaPlace.”

One of the things Guidry did when he started was make the dealership the only certified pre-owned Chrysler/Jeep/Dodge/Ram dealership from LaPlace to Lafayette.

The dealership is located at 601 Belle Terre Blvd. in LaPlace.

“When people search for a used car, wherever they look for it, they are always worried about the risk factor,” Guidry said. “You don’t know who had it before, you don’t know what kind of shape it’s in and you don’t know if you have to spend a whole bunch of money after you buy it because it may have some preexisting conditions that you’ll inherit.

“Because we are a certified pre-owned dealer, our vehicles have to go through a vigorous 125-point checklist and every item that is not up to factory standards has to be either repaired or replaced.”

Badeaux said it’s nice being the only pre-owned dealership of its kind in the area.

“Even a town as big as Baton Rouge doesn’t have certified pre-owned Chrysler vehicles,” she said.

According to Guidry, a pre-owned certified car gives customers a full coverage warranty, an extension of the power trade coverage for seven years, and, if the car has to be taken to the shop during the warranty period, the costumer receives a rental car and special rates.

“It takes all of the worry out of the decision of buying a car,” Guidry said. “It’s at a great expense to the dealership, but we want to give the public the very best product we can. Our new cars are great. We want our used cars to be great too.”

Guidry said one of the most outstanding parts of the dealership is its service and parts department.

Guidry said an important part of the dealership’s success is earning the confidence of the community.

“The patronage of your local clientele means everything,” he said. “That’s why we are doing so much community outreach. For example, next month on Dec. 12, I’ll have Santa here at the dealership. Anyone can bring their kids to have their picture with Santa at no charge all day long. You can bring your camera, take a picture and we wont charge you for anything. We just want to give back to the community because they have been so good to us over the past 15 years.”