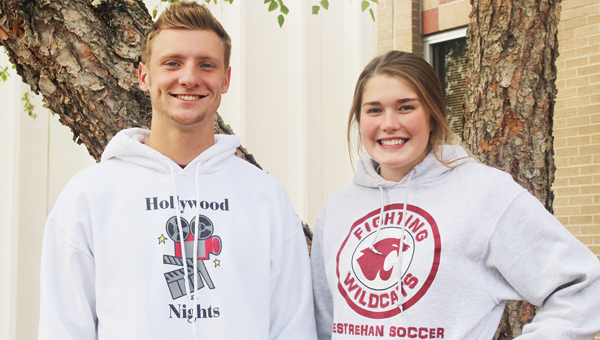 DESTREHAN — Alexandra Bothe and William Sirmon of Destrehan High School were recently named School Winners for the prestigious Wendy’s High School Heisman Award, which highlights exceptional high school seniors and their achievements in the classroom, on the field and in the community.

Bothe and Sirmon will move on for consideration in the next stage of the program where they could be named a State Finalist.

“We are honored to have two of our students recognized as some of the country’s top student-athletes with the Wendy’s High School Heisman name,” said Stephen Weber, principal of Destrehan High School.

For 22 years, Wendy’s, in partnership with the Heisman Memorial Trophy, has recognized outstanding students and rewarded their commitment and achievements to academics, athletics and community on a national level.

Bothe and Sirmon were selected as 2015 School Winners based on the following accomplishments:

Alexandra Bothe is the daughter of Chris and Christine Bothe of Destrehan.

Bothe is an accomplished member of the Advanced Studies Program who has excelled in her studies, especially in her seven Advanced Placement classes.

She is a member of the Cross Country and Soccer Teams, and she has earned District Honors in sports in multiple years. Besides excelling in academics and athletics, Bothe is actively involved in service-oriented extracurricular activities such as National Honor Society, BETA, WISE Ecology Club, Mu Alpha Theta and Rho Kappa. A nominee for Destrehan High School’s Student of the Year, Bothe plans to attend Louisiana State University to major in kinesiology.

Sirmon is an accomplished member of the Advanced Studies Program who has excelled in his studies, especially in his five Advanced Placement classes.

Sirmon plans to attend a four-year college, however at this time his major is still undecided.