WSJ ready for Many High 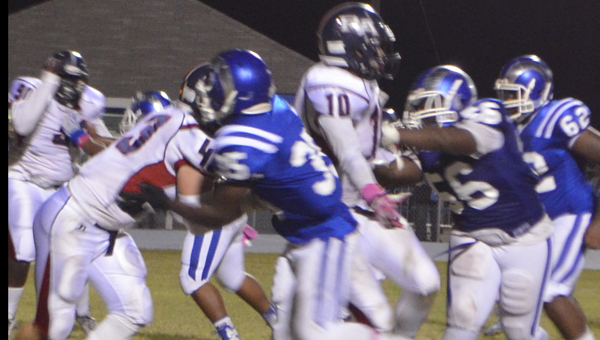 EDGARD — The West St. John Rams (4-7) will host their second-week playoff game against the Class 2A first seed Many High School Tigers (10-1).

The Rams are coming off of an emotional one-point overtime win against Ferriday High School last week.

West St. John head football coach Brandon Walters said he doesn’t think it will be difficult to get his team to focus on winning this week.

“Right after Friday’s game I told the boys they have 24-48 hours to enjoy the win,” Walters said.

“We need to focus on the next team we have to defeat. I think the kids are ready to lock heads and get prepared to beat this team.”

Walters said Many is a really good, solid team who will provide tough competition.

“They have the power of the ball,” Walters said.

Walters said if the Rams want to advance to week three in playoffs, they will have to play really hard.

“I think we really have to come out and play fast and play physical,” Walters said.

“We have to be in the right places. We have to show discipline. I think we can give them a real good test and come out and be successful if we do those things.”