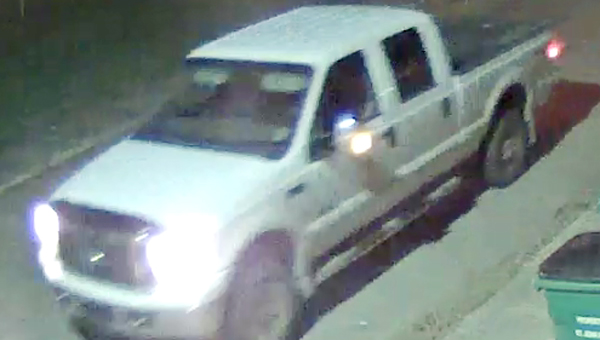 Police say the four-door pickup truck pictured was found burned in Reserve. It will be examined for evidence.

LAPLACE — St. John the Baptist Parish Sheriff’s Office detectives are seeking the assistance of the public in identifying a vehicle of interest following the killing of a LaPlace man this morning.

Detectives are trying to identify the owner of the truck, the truck’s whereabouts and its occupants.

Detectives believe the occupant or occupants may have information about the shooting. The vehicle was seen in the area prior to the shooting, authorities said.

A 23-year-old LaPlace man was shot and killed this morning in LaPlace, authorities said.

According to a release from Sheriff Mike Tregre, the victim succumbed to his injuries Monday at Ochsner Medical Complex-River Parishes.

Deputies responded at 1:52 a.m. Monday to a residence in the 400 block of State Street in LaPlace following a shooting report.

“Responding deputies located two shooting victims at the residence, and a third victim was driven to the emergency room at Ochsner … in LaPlace,” Tregre said.

Tregre said one of the shooting victims — Travis Gregoire of LaPlace — died at the hospital.

An 18-year-old female victim and a 23-year-old male victim were taken to a New Orleans area hospital.

Anyone with information regarding the shooting is asked to call the Sheriff’s Office TIPS line at 985-359-TIPS or Crimestoppers at 504-822-1111. Those that call Crimestoppers do not have to testify and may qualify for a cash reward.