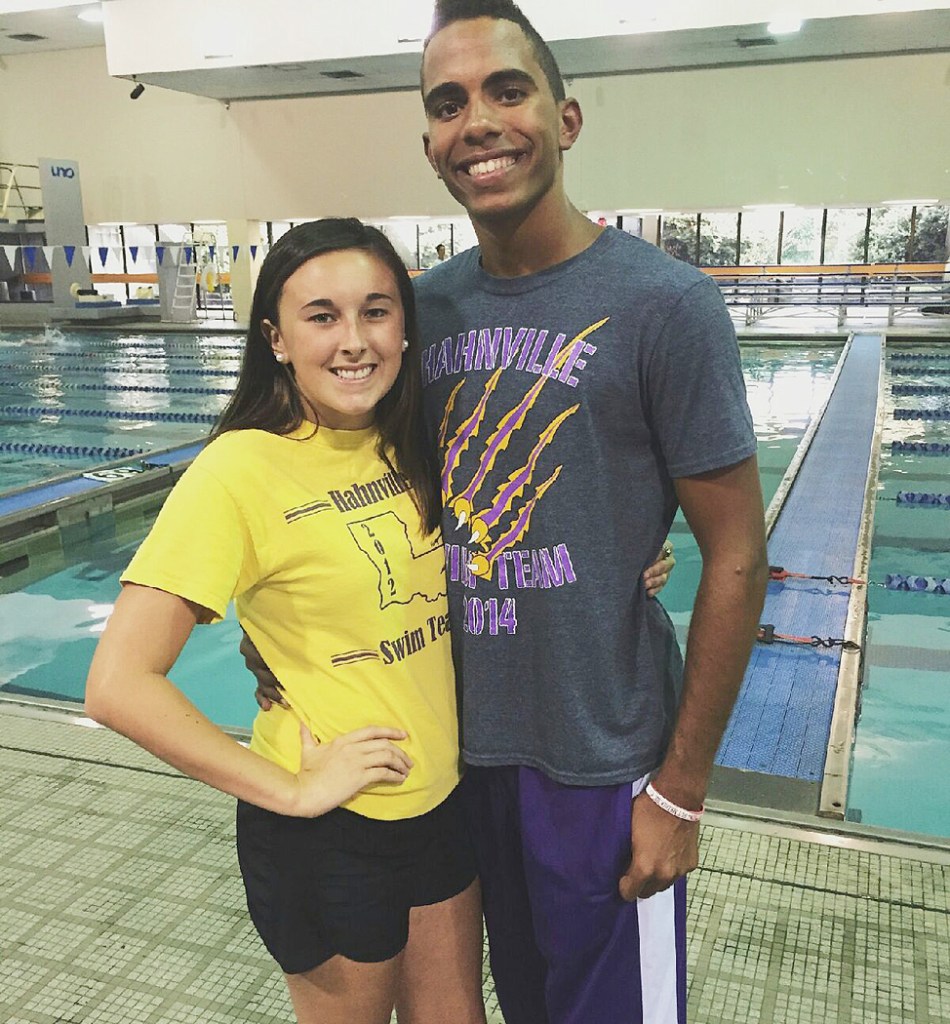 Gilbert was selected by his teammates to lead them into what school leaders say could be one of the best seasons ever for Hahnville High School.

Gilbert is a senior, and this is his fourth year on the swim team. He has been a member of the state team for the last three years.

Gilbert is a member of the Spanish Honor Society, Beta Club and was selected to the Superintendent Advisory Council. He is a American Red Cross certified lifeguard and is running for a position on the Homecoming Court.

Ditcharo is always active behind the blocks cheering on the other girls, school leaders said.

She is a senior, and this is her fourth year of swimming.

Ditcharo, a member of the State team for the last three years, is also an athletic trainer and Beta Club member.