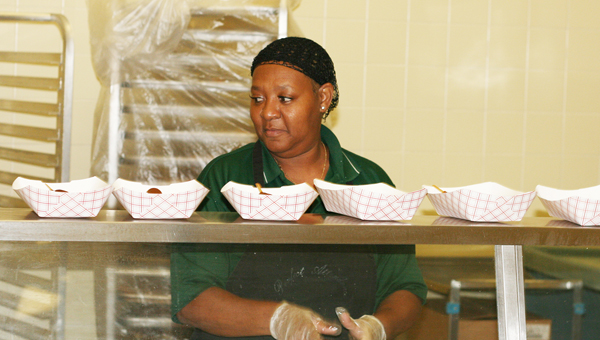 RESERVE — Students at five St. John the Baptist Parish public schools are enjoying free breakfasts and lunches as part of a program that began this academic year.

Fifth Ward Elementary Principal Kendria Spears is excited to have the new program in her school, adding it’s a great way to make sure children receive healthy and nutritious meals.

The objective, according to Charles, is to get as many students fed without the hassle of asking for meal payment.

In past years parents had to fill out applications for free and reduced meals for their children, but the new program eliminates the application process, opening up free meals to all students who attend targeted schools.

With no household application, Charles said there is less paperwork parents have to worry about.

According to the USDA, this program gives children access to free nutritious meals with no stigma, eliminates time spent in cashier lines and increase time to eat nutritious meals.

“(Students) don’t have to worry about having funds to pay for a meal when they walk through the door,” Charles said.

According to school officials, some students didn’t like the stigma associated with being labeled a free or reduced child.

Students at the five program schools receive the same meals as the rest of the schools in the district.

“The quality of the meal is the same, the components are the same and the nutritional value is the same,” Charles said.

District officials review the meals program success at other districts, noting it did not impact funding received by the district.