Those in jail close in on second chance 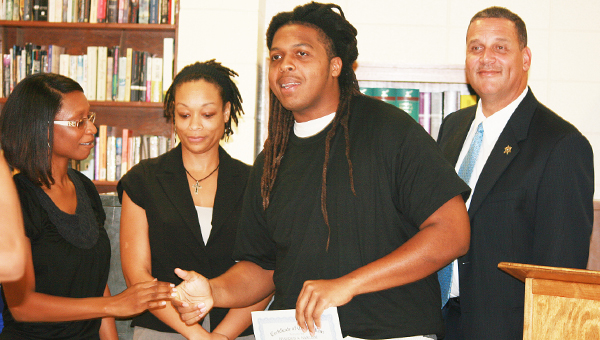 The state funded re-entry effort, which typically has 12-14 inmates, is a three-month-long program that teaches inmates who have 18 months or less time left in jail life skills they can use once released.

All the classes are taught at the correctional facility, and teachers must go through a background check.

“Teachers come in and teach them lifestyle experiences,” Lieutenant Gordon Jeffcoat said. “In other words they teach them how to keep a checkbook, how to open a checking account and apply for their driver’s license.”

Jeffcoat, assistant warden at Sherman Walker Correctional Facility in LaPlace, said the program tries “to stop that revolving door of being sentenced, doing time, getting out, committing another crime and then being resentenced again.”

Officials say the program helps inmates, some who have been incarcerated for a long time, get back into society. It also helps get them in position to get a job, Jeffcoat said.

St. John Councilwoman at Large Division B Jaclyn Hotard, who attended the Opportunity Now graduation, said she thinks the program is a good idea because local recidivism numbers are very high.

“People will come out, but they aren’t transitioned for society, and they turn back to a life of crime,” Hotard said. “This program won’t just release them from jail and let them be on their own. Now, they have some kind of work force training.”

Sheriff Mike Tregre said those released from jail will have a difficult time without basic skills.

The first Opportunity Now graduation was held at the National Guard Armory in May and the second was held in the multi-purpose room of the Sherman Walker Correctional Facility.

“I am very proud to be associated with the second class,” Lieutenant Lawrence Joseph, assistant warden, said. “Keep up with the good work.”

Tregre said the program appears to be working, as early graduates  seem to be on the right track.

“Rehabilitation is much better than simply incarceration,” he said. “This program is all about crime reduction, violent crime reduction actually, so these young men are getting skills so they can be released from the facility and become productive citizens.”

At the conclusion of Thursday’s graduation, inmates came up one by one to shake hands with Joe Lewis, the program director; Robin Alexander, the curriculum manager; instructor Jasmine Scott and Sheriff Tregre.