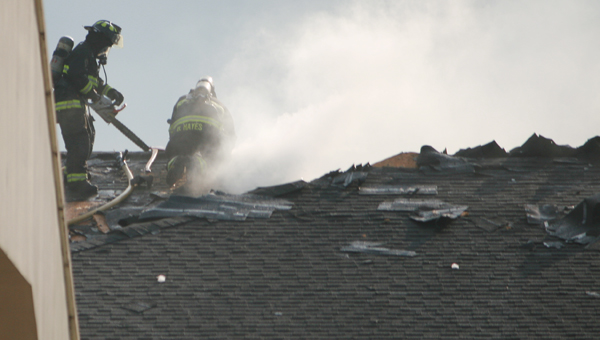 RESERVE — A fire that damaged the main building at East St. John Elementary School and surrounding structures will shut down classes into next week for two St. John the Baptist Parish public schools.

It impacted areas of the main building and cafeteria, with smoke and water damage throughout the entire school.

According to George, classes will be cancelled at both schools for the beginning of next week.

School district officials hope to reopen the Lake Pontchartrain Elementary portable buildings by the end of next week.

The delay is needed, school leaders said, because the location has to be fitted to house elementary-aged students.

The location was most recently a fill-in for East St. John High School students, who used the facility while their school was being rebuilt following Hurricane Isaac.

St. John Sheriff Mike Tregre said there is no indication arson was the cause of the fire, adding it will take two to three weeks to determine the blaze’s cause.

To support the school district and help replenish the many lost supplies, a hub location to receive donations has been set up.

Melynie Wright with A Storage Inn said the facility’s two St. John the Baptist Parish locations are available for donations from the public.

“The A Storage Inn here in LaPlace and in Reserve are offering space for any school supplies or teacher supplies that would help teachers, students and classrooms that may have been damaged in the fire,” Wright said. “Families spent hundreds of dollars on school supplies for the classrooms. Those teachers spent all that money to make it a great learning environment. If that fire is as extensive as it looks, some of those classrooms have been damaged if not demolished from smoke or fire. I think the community wants to help, and there needs to be a central location to do that.”

Those willing to donate supplies can bring items from 9 a.m. to 5 p.m. Monday through Saturday to both A Storage Inn locations: 2820 U.S. 51 in LaPlace and 3334 Airline Highway in Reserve.

“That way there is a location on both ends of the parish to try to make it easily accessible for anyone who wants to donate,” Wright said. “There are a lot of great people in this community that rally together and want to do something.

“Its not about us, it is about the school. We are just saying, ‘hey let’s get together and help.’ We have the space and we want to make sure that we provide that for the community.”