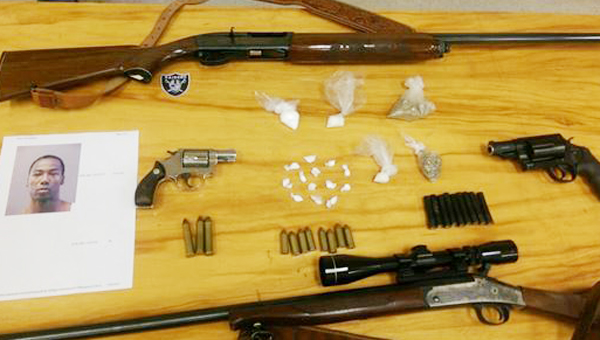 MT. AIRY — A man with an extensive criminal history, including murder and rape charges, is once again behind bars after drugs and stolen guns were found in his home.

The investigation began when detectives with the St. John the Baptist Parish Sheriff’s Office Narcotics Bureau conducted a traffic stop in conjunction with an active narcotics investigation at 3:09 p.m. Thursday in the 4000 block of Louisiana 44 in Mt. Airy.

Pursuant to the traffic stop, detectives arrested Howard Burl Jr., 51, of Edgard, who authorities report was in possession of approximately 4 grams of crack cocaine and approximately 4.7 grams of cocaine.

During the course of the investigation, authorities said detectives recovered approximately 5.4 grams of marijuana and a loaded Smith and Wesson .38 caliber revolver.

Burl’s bond was set at $242,500, and as of Tuesday afternoon he remained incarcerated.
Officials report Burl has 17 prior arrests, of which offenses include second-degree murder, manslaughter, simple rape and illegal carrying of a weapon by a convicted felon.