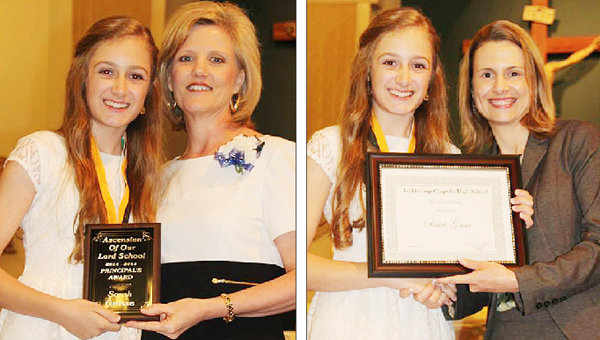 LAPLACE — Not every soon-to-be eighth grader can say they’ve sang on stage at Carnegie Hall, but Sarah Grosse can … and she did it when she was only 10.

That amazing fact is one in a long list of accomplishments for the 12-year-old LaPlace resident, who as a seventh grader earned a 21 on the ACT.

Sarah, the daughter of Michael and Cindy Grosse, recently finished at the top of her seventh grade class at Ascension of Our Lord School, capping off her elementary and middle school years by earning a five-year, full tuition scholarship to Archbishop Chapelle High School.

The scholarship is awarded to top performing students on the high school placement test, and Sarah secured the award by scoring in the 99th percentile.

She was sick and home from school the day the scholarship package arrived via mail.

“It certainly cheered me up,” Sarah said, laughing about how she felt when she opened the envelope containing the award notification. “I had been waiting. I called up everyone I knew.”

Sarah spent the first two weeks of June attending an enrichment program at Chapelle, where she met teachers and learned the layout of the Metairie campus.

Cindy and Sarah agreed Chapelle’s music program was a big selling point of the school, since Sarah sings and plays piano and trumpet.

“I tried guitar, but my hands are a little bit too small,” Sarah said smiling.

Her musical talents are what brought her to New York City’s Carnegie Hall as part of the New Orleans Children’s Choir, with whom she’s also performed in Disney World.

The New Orleans Children’s Choir is one of the several musical performance groups Sarah has participated in, many of which have earned her superior ratings and national recognition.

At AOL Sarah was involved in cotillion, the choir, 4-H, Junior Beta Club, the school’s news broadcast team and Student Council. Also a cheerleader, she helped bring the Eucharist to the home bound while a student at AOL.

During her seventh grade promotion ceremony, Sarah won the Principal’s Award and the St. John Bosco Award, which is equivalent to a valedictorian title.

Sarah said she has always enjoyed school, where her favorite subject is English.

“I want to be an author,” she said. “I love creative writing.”

She is well on her way to writing success, as she scored high at the Junior Beta State Convention in poetry. Sarah said she thinks her determination to succeed comes from her father, who was in the U.S. Navy for 21 years.

Theater — she’s been in a couple River Parishes productions — and dance — she danced for 10 years at Dance Etc. — are also on Sarah’s resume, as is inclusion in the Duke Talent Identification Program.

Sarah is also a parishioner at St. Joan of Arc, where she is in Senior CYO and hopes to soon perform in the adult choir.

Right now, she is focusing on starting her honors curriculum at Chapelle in less than a month.

“I hope that it would be memorable,” she said of her high school years.

“I hope that it would have changed me for the better.” 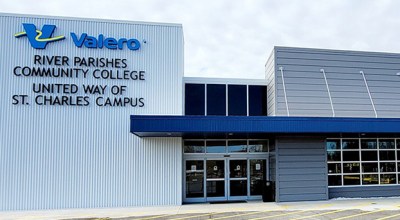 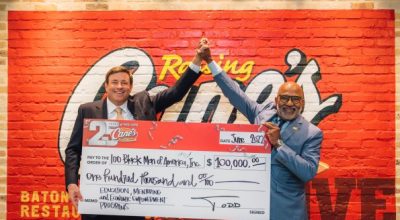 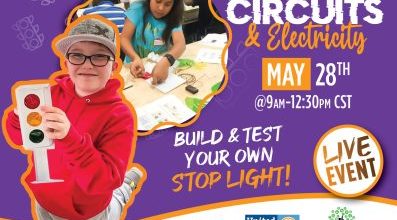