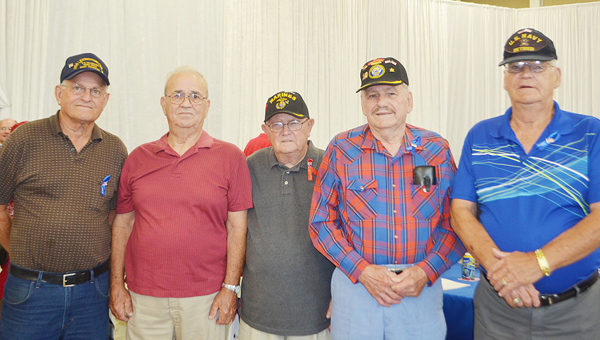 More than 450 veterans and their spouses enjoyed the luncheon in the Louisiana Army National Guard Readiness Center in Reserve.  The annual event paid homage to veterans and service members with a video tribute during the lunch.

St. John the Recreation summer campers designed coasters for each attendee to utilize and take home as a keepsake.

The Tuskegee Airmen were a group of black pilots who fought in World War II and were the first pilots in the United States military.

In 2007, he received the Congressional Gold Medal at the White House and is now the subject of the documentary “Airman: the Extraordinary Life of Calvin G. Moret.”

During his speech, he spoke of his unique experiences as an Airman, answered questions from veterans and shared his view on patriotism.

“When asked to serve, there was no hesitation,” Moret said. “It was what you wanted to do, protect and uphold the values of your country, even when others doubted you.”