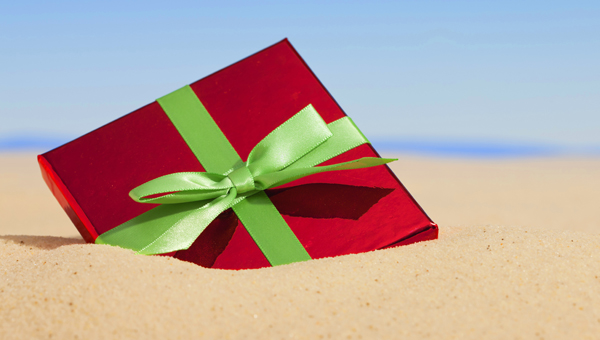 LAPLACE — With sweltering heat, summer vacation plans and a calendar that clearly displays the month of June, the farthest thing from most people’s mind this week was probably Christmas.

While it may not seem obvious to everyone, summer can be the perfect time to think ahead to the holiday season and start planning for Christmas.

Come December, many people will be wishing they did.

Listed below are five tips to help you get started in planning and ensure that the holiday season is indeed the most wonderful time of the year.

It’s a terrible feeling to accidentally leave someone off of your Christmas lists — either the one that details who will receive a Christmas card or the one that guides you on who to buy gifts for.

By starting your lists now, you can give yourself enough to time to make sure everyone is included, and you will have the opportunity to add people to your lists when you see them for the first time in a long time at an event like a family or class reunion.

If you’re feeling like an overachiever, you can even address envelopes for your Christmas cards as your list develops.

Although it’s a nice thought to make some gifts instead of buying them, if no action is taken on that notion until December it can cause undo stress and make homemade holiday gifts less of a possibility.

By deciding now on what you’d like to make and creating a list of needed supplies, you’ll be ahead of the craziness.

If you plan it right, you may even get to stock up on supplies as they go on sale throughout the next few months.

While many people who have family traditions that are near and dear to their hearts will undoubtedly continue them, there’s also a lot of fun to be had in creating your own traditions.

The age of your family members should be taken into consideration when determining a tradition you’d like to establish, but a few ideas found on Pinterest include creating homemade ornaments each year or sprinkling reindeer food (which adults find strongly resembles oatmeal with a pinch of glitter) onto the lawn on Christmas Eve.

The American Research Group Inc. reported in 2014 shoppers around the country said they were planning to spend an average of $861 for Christmas gifts, which was up from $801 in 2013.

That $861 can end up costing consumers a lot more if it’s thrown onto credit cards and racks up interest, which means paying cash for Christmas gifts is always a good idea.

While saving a little each month can ease the blow of needing to purchase in bulk during the last couple months of the year, there are only 25 weeks left this year until the week Christmas falls on.

If you start tomorrow and sock away $35 dollars a week, you’ll have $875 stashed away by Christmas, which should go a long way in funding your Christmas festivities.

According to Consumer Reports, November and December remain the best months to purchase toys for the lowest price, but there are still many deals to be made in the earlier months of the year.

The organization cites June as the cheapest time to purchase camcorders, computers and small consumer electronics, and advertises September and October as the best months to snag deals on bikes and digital cameras.