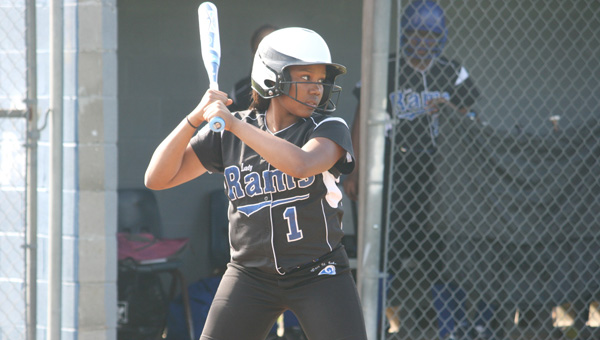 EDGARD — West St. John recently honored its respective male and female athletes of the year at its annual athletic banquet, as Morell Bartholomew and Tre’Shaun Trench were each honored with the Anthony Miller Award.

The Anthony Miller award is the highest honor awarded at the banquet, and its winners are chosen based on a criteria of strong scholastic work and citizenship in addition to their athletic accomplishments throughout their tenure at the school.

Bartholomew’s senior year was a memorable one, as he broke out to earn St. John Parish MVP honors in football while leading the Rams basketball team to a solid season and first round playoff victory. On the football field, he hauled in 54 receptions for 972 yards and 19 touchdowns, while on the basketball court he led the parish in scoring with a mark of 21 points per game.

“Obviously, Morell had a phenominal career here,” West St. John athletic director Robert Valdez said. “The level he was able to play at in not just one, but two sports was something not many people can match. He’s a tremendous student. He’s a guy we’re going to miss.”

Trench, meanwhile, was a standout performer in softball and volleyball who has earned All-Parish honors in both sports. She helped lead the Rams to host their first-ever home playoff game and to earn their first-ever playoff victory as a junior, and followed up that strong season by posting 100 digs as the Rams’ defensive leader in 2014.

“She played volleyball and softball for the past four years and has been such a big part of our program,” Valdez said. “She was one of the anchors of a volleyball team that had unprecedented success. Like Morell, she got it done in the classroom. We’re very proud of both of them.”

The Rams also honored seniors Anthony Lumar and Kaieonne Sorapuru with the Trevell Gordon and Jarrod Becnel Award, which honors athletes exhibiting strong scholastic achievement, citizenship and character. And alumni Jordan Triche became the first-ever recipient of the Juan Joseph Alumni Award, which is bestowed upon an accomplished alumni of the school.