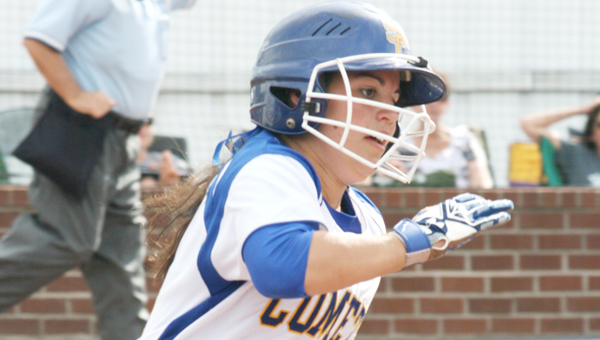 The award winners are decided by a point system voted on by the Comet coaches across the school’s athletic landscape. It encompasses each athlete’s accomplishments, not just for the school year, but over his or her entire tenure at the school. It also considers character and work ethic along with athletic accomplishments.

“It’s the most prestigious honor we give at our athletic banquet,”  St. Charles Catholic athletic director Frank Monica said.

Weber wrapped up his St. Charles athletic career with a flourish, hitting .408 (.448 on-base percentage) and drove in 28 runs while batting in the middle of the SCC lineup. He added 18 stolen bases. As a pitcher, the right-hander tossed 58 innings and turned in a 2.91 ERA while striking out 51 en route to a 7-3 record. He walked just 17 batters.

On the football field, Weber was a three-year starter at quarterback, leading the Comets to eight wins or more in each season. He accounted for 24 touchdowns and more than 2,000 total yards as a senior, 1,041 of those coming on the ground.

“Two running backs went down in his ninth grade year, and he stepped in and helped us win a state championship,” Monica said, alluding to Weber’s beginnings as a tailback. “He’s been very, very successful no matter what he’s done. He was a guy who led us to our most productive offensive season ever on the football field and he’ll be missed for sure.”

Williams, meanwhile, qualified for five individual events at the Division III state swimming championship meet — the freestyle, the individual medley, the backstroke, the freestyle relay and the butterfly — while also playing a key role as the second baseman of SCC’s quarterfinalist softball team. She helped the Comets reach Sulphur in three of the past four seasons and helped lift them to the District 11-3A title this season.

“She’s an excellent swimmer, a great student and someone who helped lead the softball team back to Sulphur,” Monica said. “When you look at her consistency, it really speaks volumes. It was a really strong competition for this award, and she’s a very deserving winner.”