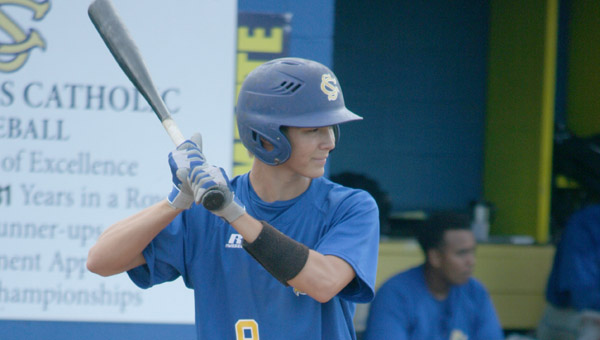 Senior right-hander Jacob Jensen has been one of the summer’s early breakout stars after churning out 13 shutout innings over the first two starts of his career, six of those coming in a 3-0 shutout win over Rummel-based Deanie’s Seafood Thursday.

Jensen has been among the chief reasons Townsend Homes has been able to maintain a level of remarkable pitching consistency that began late in the Comets’ prep season. Townsend/SCC has allowed three runs or less in 15 of its last 18 combined prep and Legion games, with five out of seven coming in Legion.

“Right now, we’re playing pretty good defense, throwing strikes and with these wooden bats that goes a long way,” Townsend Homes coach Wayne Stein said, alluding to a major difference between prep and Legion season. “In Jacob’s case, when you’re throwing more than just the fastball for strikes, it really gives you a chance to be successful.”

Jensen, who lost a no-hitter with two outs last week in a victory over Lutcher’s summer team, said he’s been attacking early in the count.

“I just try to get on top of the batter quick and get ahead in the count,” Jensen said. “My defense is making plays behind me. We’ve got a lot of experience out there and we’ve got really good players all over the field, so that makes it easy to have confidence in them.”

That experience Jensen alluded to has helped Townsend jump out to a 6-1 start this summer, with victories over Hahnville, Destrehan, John Ehret and Hannan-based teams among its wins. It’s lone loss came Wednesday, a 5-1 loss to Jesuit-based Retif Oil.

In Thursday’s win, Townsend was locked in a 0-0 tie with Deanie’s before scoring a run in each of the fourth, fifth and sixth innings, including a key RBI single by Zachary Roussel.

Townsend has a big week of road games upcoming. It will face Shaw at 5 p.m. Monday, a team combined of Fisher and Thomas Jefferson players at 6 p.m. Tuesday and then Lutcher at 5 p.m. Thursday.

If Townsend can keep up the momentum, this is a team that could be primed to make this a memorable summer.

“We’ve never made it to the (American Legion) state tournament in our history,” Stein said. “Our kids are playing their butts off and they like being around one another. We’ve got really good team chemistry, and if we can keep up what we’re doing, we might just have a chance.”