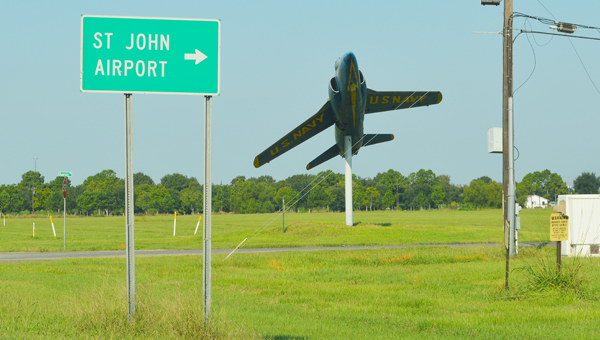 A fatal gyrocopter crash occurred Sept. 18 at St. John Airport in Reserve, and claimed the lives of pilot Darren Mahler, 47, and a family friend, Payton Wilt, 13, both of Metairie.

RESERVE — The gyrocopter crash that claimed the lives of two people in September was caused by a crack found in a single part of the experimental, homemade aircraft, according to a report filed last week by the National Transportation Safety Board.

The crash occurred Sept. 18 at St. John Airport in Reserve, and claimed the lives of pilot Darren Mahler, 47, and a family friend, Payton Wilt, 13, both of Metairie.

Joey Murray, treasurer of the Port of South Louisiana — which owns and operates the airport, was one of the witnesses to the crash.

He said at approximately 5:20 p.m. Sept. 18 a home-built gyrocopter, which he said looks like part helicopter and part airplane, took off at the airport.

Murray said the gyrocopter has top blades like a helicopter, and it was those blades that “started to fold” soon after take-off. Once the blades started to malfunction, Murray said, the gyrocopter descended rapidly into a drainage canal.

The National Transportation Safety Board reports airworthiness and operations inspectors from the Federal Aviation Administration’s Baton Rouge Flight Standards District Office went to the accident site and examined the wreckage, where they found the gyrocopter impacted in standing water.

According to Federal Aviation Administration records, Mahler held a private pilot certificate with an airplane single-engine land rating and was not gyroplane rated.

“Since his logbook was not recovered, his flight time in the gyroplane could not be determined,” the report states. “However, records show the pilot had owned the gyroplane for three months.”

According to the report, diphenhydramine “is an antihistamine used for treating allergic reactions, and is also used as a sedative because it causes drowsiness.”