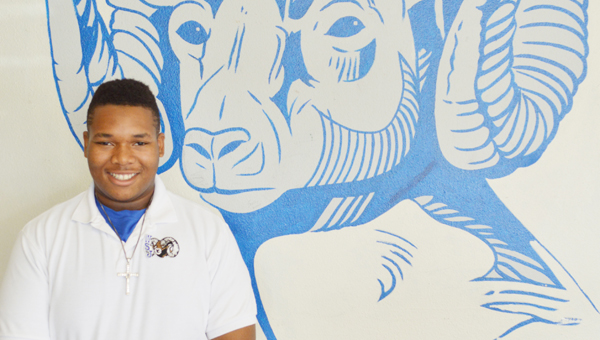 EDGARD — It all started with a piece of mail he thought was a scam, but thankfully Brett Bailey investigated the validity of the information printed and stuffed into the envelope.

Brett, now a freshman at West St. John High School, received a letter in the mail a couple of years ago that invited him to learn more and possibly participate in the National Young Leaders State Conference – LeadNow program.

The program honors high-achieving students across the country who are ready to step forward as leaders and offers them uniquely developed conferences that promise to provide 21st century personal leadership skills.

When Brett read the letter and recognized names of family members on the alumni list, he decided to learn more about the program, and later joined in on the opportunity.

The program has twice taken Brett to Texas, where as an eighth grade student he traveled to Austin to take part in the program’s annual conference. Last month he trekked to Dallas to participate in the 2015 offering.

Brett, the son of Vernon and Robin Bailey, said the program has been life-changing, and his parents agree.

“I’ve met all kinds of people who are talented in so many ways,” Brett said, adding participating in the program has allowed him to begin networking with people he hopes to learn from as he moves on into college and beyond.

Robin said the opportunities the program provides are invaluable, as Brett has been exposed to different cultures from all over the world.

“It’s been a growing-up process for him,” Vernon said. “He has grown into trying to be a leader.”

Aside from the annual conferences, the program also offers intensives throughout the year on topics ranging from medicine and law to journalism and technology. International travel opportunities are also available.

In conjunction to the leadership-building program, Brett has thrown himself into numerous extracurricular activities at WSJ.

“I want to live my high school years to the best of my ability,” Brett said.

He plays football and baseball at the school, where he is also a member of the band, Beta Club, 4-H and student government. Outside of school, Brett participates in Young Marines.

As if it all weren’t enough, Brett said next year he will add basketball to his impressive list of activities.

When asked how he juggles his extracurricular activities while keeping his grades up, Brett said it’s tough but he manages to make it all work.

“He welcomes challenge,” Robin said as Vernon nodded in agreement.

Brett mentioned the academic side of things may get more challenging next year, when WSJ switches from a four-period to a seven-period schedule.

“But I’ll get through it,” he said confidently.

“He’s so loving, full of energy, full of ideas and you just see leadership in him,” Merrick said. “He sees the importance of being a leader and how he should represent his family and school.”

Brett said he’s confident WSJ is the perfect place to prepare him for his future, which includes college plans of a double major in business and law.

“This is a great school,” Brett said. “The teachers teach you how to be a better person.”

He said the teachers at WSJ give students as much one-on-one time as possible, adding they also guide students into learning important life lessons in addition to their school studies.

Rounding out his life’s supporting cast is his parents, who Brett called “great parents and great leaders.”

Merrick agreed, saying Robin — who heads WSJ’s parent-teacher organization — works hard to make the school a better place, and Vernon is always available to help out with anything that’s needed, from frying fish for fundraisers to serving as a guest speaker.

“It’s so nice to have a situation where the family unit is a part of the school,” Merrick said.