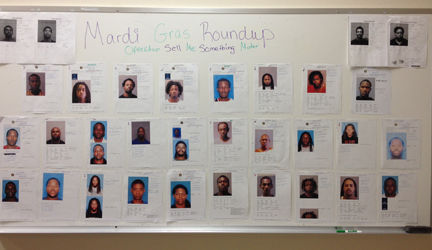 LAPLACE — A six-month undercover investigation by the St. John the Baptist Parish Sheriff’s Office narcotics detectives into parish drug dealers yielded results this week, as over half of the suspects identified from the investigation were arrested in just two days.

During the investigation, Clement said an undercover agent made purchases, and detectives worked 67 cases on 41 drug dealers and one offender for possession of cannabis/synthetic marijuana.

Arrests on the suspects began Wednesday morning, Clement said, and as of press time Friday, 27 of the 41 suspects had been arrested.