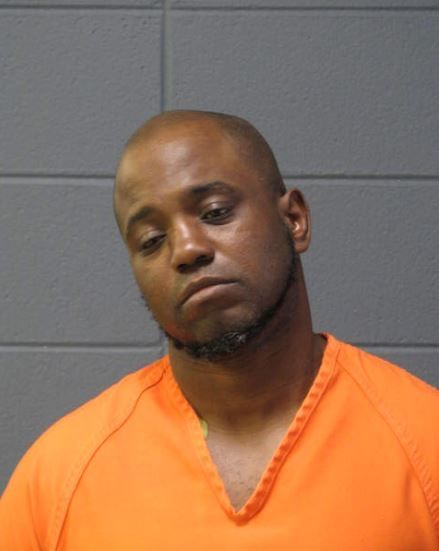 RESERVE — A Reserve woman was assaulted in her home Tuesday, authorities said, leading to a mid-day foot chase and arrest.

Bolden remains in custody on a $201,500 bond and a probation/parole hold.

Authorities said he is the prime suspect in two other recent home invasions on Central Avenue in Reserve.

The most recent case began at 10:52 a.m. Tuesday, when deputies responded to the 500 block of Central Avenue in Reserve following an aggravated burglary report.

A 53-year-old female victim told deputies when she walked in her 82-year-old mother’s house, a male subject grabbed her from behind and choked her with the scarf she was wearing.

The assailant threatened the victim with a screwdriver, telling her he wanted money. After being forced to the floor, she surrendered a sum of cash to the perpetrator, authorities said.

The victim’s mother walked in the kitchen area, and the offender fled from the back door of the residence, authorities said.

The victims provided deputies with a description of the assailant, including the clothes he was wearing.

Deputies in the area saw a subject matching the description of the perpetrator and a foot pursuit ensued. Deputies eventually apprehended the perpetrator on East 14th Street.

Detectives identified the offender as Bolden, 42, of Beech Grove Drive in Reserve.

Detectives arrested Bolden in 1991 for aggravated rape, armed robbery, aggravated kidnapping and aggravated burglary. In 1992, Bolden pleaded guilty to forcible rape and was sentenced to 40 years.

He was released in 2013 after serving approximately 22 years. Bolden is a registered sex offender with St. John the Baptist Sheriff’s Office.