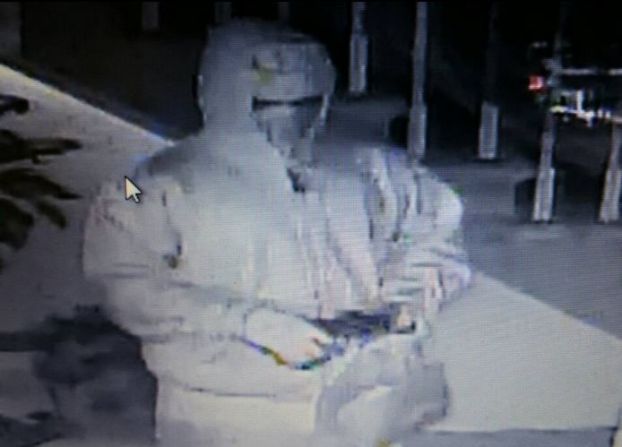 Stickup starts in their home

LAPLACE — The St. John the Baptist Parish Sheriff’s Office is asking for the public’s assistance in identifying a man authorities say broke into a couple’s LaPlace home and later robbed their store on West Airline Highway.

Sheriff Mike Tregre said deputies, who responded to Cash 4 Less in LaPlace Jan. 16 following the report of an armed robbery in progress, learned the assailant had fled on foot to the rear of the store toward the railroad tracks.

Tregre said deputies searched the area to no avail, adding no one was injured in the robbery.

The victims, a husband and wife who own Cash 4 Less, told detectives the armed suspect was in their Oakmont Drive residence when they arrived home at approximately 8 p.m. Jan. 16.

The victims told authorities the armed assailant asked them where their safe was, and after realizing there was no safe at the residence, forced the couple to drive him to their store.

The victims said when they arrived at the store, the assailant demanded money and the victims surrendered an undisclosed amount of cash to the suspect, who then fled the scene.

When asked if the assailant is believed to be the same man who broke into several St. John Parish residences late last year, Tregre said there was no connection.

In those unsolved cases, victims reported a masked assailant who wore gloves.

“Without question, the person who is responsible had unique knowledge of his victim, the victim’s whereabouts and the victim’s routine,” Tregre said, adding it is very possible other people helped coordinate last week’s crime.

Tregre would not go into detail into the gunman’s demeanor during the kidnapping, but added no one was injured during holdup.

Tregre said the victims described the suspect as a black man, approximately 5’6” tall and 200 pounds, wearing white gloves, blue jeans and a dark-colored hooded sweatshirt with a red bandana over his face.

Detectives are seeking the public’s assistance in identifying the assailant, and anyone who can identify the man is encouraged to call the St. John Parish Sheriff’s Office TIPS line at 985-359-TIPS or Crimestoppers at 504-822-1111.

Residents can also submit information on the Sheriff’s Office website at stjohnsheriff.org/submitatip.php.