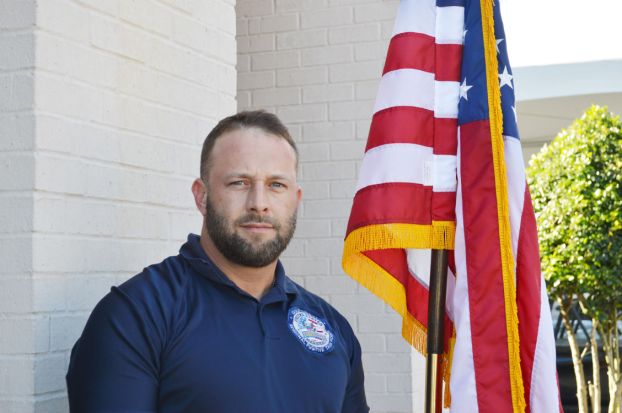 Bessinger honored as 2014 Officer of Year

Bessinger is part of the parish’s U.S. Marshals Service Fugitive Task Force. The major highlight of Bessinger’s year is his 100 percent arrest rate for all cases assigned to him.

Bessinger joined the department 16 years ago and has worked his way up ever since.

“I would like to thank Sheriff Tregre and his staff for letting me do this job — a job that I have so much fun doing,” Bessinger said. “I would also like to thank the U.S. Marshals Office and my mother.”

Bessinger, who was named Officer of the Fourth Quarter in 2014, was chosen anonymously by a selection committee of citizens. He was one of four quarterly-recognized officers nominated for the award.

Officer of the First Quarter was given to the parish’s Criminal Investigations Division. According to Sergeant Michael Hoover, “the division’s commitment to improvement and to the parish is what sets them apart this year.”

Deputy Tuner Barran of the patrol division was named Officer of the Second Quarter and was honored for going the extra mile and helping a citizen who was stranded and sleeping in their car.

“Barran not only made sure they were safe, but checked on them throughout the night,” Hoover said.

Also from the patrol division, Deputy Michael Duronslet was named Officer of the Third Quarter for saving the lives of two people in the same day.

Duronslet was called out to two different sites Aug. 25, when he heroically saved two different people. Duronslet also received a Life Saving Award at the ceremony for his courageous actions.

Anthony Bynum of the U.S. Secret Service and Special Agent in Charge of the New Orleans field office was the event’s keynote speaker. As a 20-year veteran of the secret service, Bynum has served under the Clinton, Bush, and Obama administrations.

“I have walked the wall of China with presidents and I have been in Rome with the Pope, “ Bynum said. “What I have learned is that character, accountability, responsibility, and education is what makes a good officer, and everyone honored here tonight has those qualities.”

Tregre came up with the idea of the award during his campaign for sheriff, and Thursday was the second year the event has been held.

“Next year I plan on adding younger people to the selection committee,” Tregre said. “I think it would be a good way to involve them in the community and make them aware of the good things happening.”

The sheriff ended the event on a poignant note by thanking his staff, officers, the citizens and especially the spouses of the officers.

“Everyday we must be ready to take a life, save a life or give a life for the people we serve,” Tregre said.