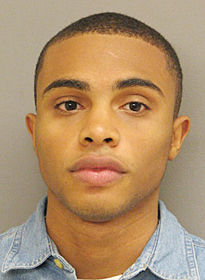 ST. ROSE — A 19-year-old St. Rose man is behind bars after he was arrested and booked with negligent homicide last week in connection with a November wreck that claimed the life of his 20-year-old passenger.

Lymous was involved in the single-vehicle crash in St. Rose, where his vehicle flipped and Green was ejected and thrown from the vehicle, landing inside the wood line beyond the ditch, authorities said. Green was pronounced dead at the scene. Champagne said Lymous did not show any signs of impairment at the November scene and voluntarily submitted to a breath and blood test, which revealed he had no drugs or alcohol in his system.

Trooper Melissa Matey of Louisiana State Police Troop B said none of the vehicle’s occupants were wearing seatbelts.

Lymous remains incarcerated in lieu of a $75,000 bond.

Robert Forrest Weather officials are predicting a light to moderate freeze for the River Region Wednesday and into Thursday. read more