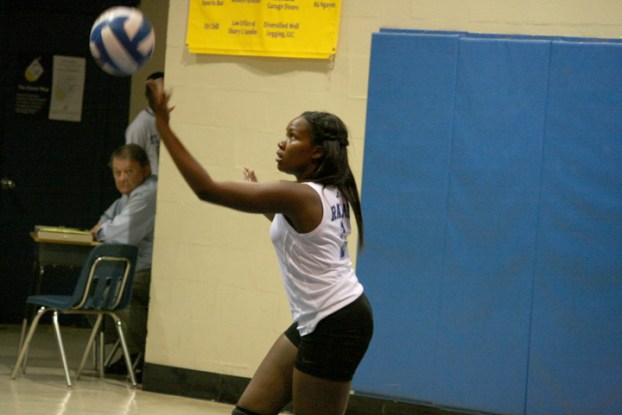 LAPLACE — West St. John won two out of three matches this week, defeating Warren Easton and Covenant Christian but falling to Houma Christian, the latter two matches coming in District 6-V action.
The win over Covenant Christian Tuesday avenged a dramatic five-game Rams loss on Oct. 10, WSJ winning this time by a score of 25-22, 25-18 and 25-12.
Sydnei Young made five kills. Brittany August served four aces. Dmyriah Herbert made three kills. Kaieonne Sorapuru and Maya Trench each had two kills.
“Everything clicked for us,” said West St. John coach Glenda Mattos. “We adjusted our defense from the last match against them and our girls covered the middle like I hadn’t seen before.”
Mattos said that Covenant Christian adjusted in the first match to an open middle.
“They’re a dinking team. They recognized that we were playing back too far,” said Mattos. “We worked on fixing that in practice.”
Against Warren Easton Monday, West St. John (12-7, 1-4) took a 25-10, 25-13 and 25-22 win over the Eagles.
Tre’shaun Trench served 15 aces to lead the way. Sorapuru had four kills and three assists. August served eight aces and made two kills. Young had two kills.
Trench, Mattos said, was on point with her serves all match.
“She’s always a consistent server, but this was one of her best efforts for sure,” said Mattos.  “She was concentrating on her form and technique and she had it working the whole way.
The Rams fell to Houma Christian, winning the first game before dropping the next three, 23-25, 27-25, 25-12 and 25-21.
Young had four kills for WSJ. Sorapuru added three.
“We were down in the first game by six or seven and we came back,” said Mattos. “We did a better job of protecting the middle, like we did against Covenant Christian. The last time we played them, we had a difficult time with their best hitter. We were able to return her spikes this time. They still had some good rallies.’
“I’m still proud of the way my girls fought. We just made a few mistakes that ended up costing us.”